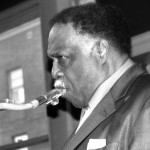 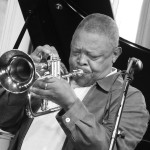 November 2, 2012 · by admin · in Live reviews
by Andrew Zaleski The scariest thing about Hugh Masekela is that he almost gave up the trumpet. He had been playing for four years when he first listened to Clifford Brown, a trumpet king in the 1950s, and thought there was no hope for a boy from South Africa to blow a horn the way Brown could. | Read more>> 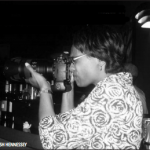 August 10, 2012 · by admin · in Live reviews
by Trish Hennessey When I arrived at the Eubie Blake National Jazz Institute and Cultural Center at 847 N. Howard Street, I didn’t feel the air-conditioning. June 13th was decidedly summer-like, and the thought crossed my mind that there were going to be some seriously sweaty musicians at this jam! | Read more>>