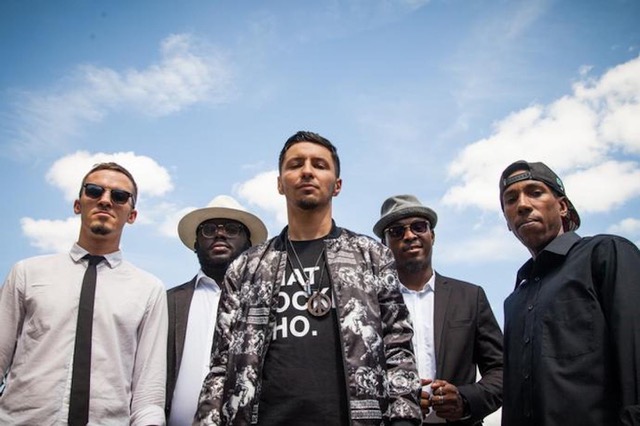 Jazz Beyond Borders welcomes saxophonist Elijah Jamal Balbed and The JoGo Project back to Anne Arundel County. One of the most popular and innovative bands to come from the nation’s capital in years, the group merges musical styles of jazz and Go-Go with exciting results. They proved a hit last September as headliners for the Art in the Park festival in Severna Park.

The band will appear for one show only on Sunday, May 15 at 6:00 p.m. as part of the ”Jazz at the Mezz” monthly dinner concert series held at Cafe Mezzanotte at 760 Ritchie Highway in Severna Park, Maryland. On top of the uplifting and energizing music, the audience can enjoy a recently updated Mediterranean menu and free, no hassle parking on site.

The JoGo Project is led by international saxophonist/pianist Elijah Jamal Balbed, A former Chuck Brown protégé, he is one of the District’s premiere jazz artists, having won the 2020 DC Jazz Prix Competition and earned the titles of Best Tenor Saxophonist and Best New Jazz Musician from Washington City Paper. Balbed has been featured by Capital Bop and in Smithsonian Magazine and The Washington Post. He has performed at The Kennedy Center, Strathmore, Bethesda Blues & Jazz and Bohemian Caverns with numerous ensembles performing various styles of jazz.

Balbed’s international tours include appearances in Japan, the U.K., Qatar and the Caribbean Islands and Russia (on behalf of the U.S. State Department and U.S. Consulate). He performed with Chuck Brown, the “Godfather of Go-Go,” from 2011 until Brown’s passing in 2012. Two years later, he founded this fusion band, preserving the legacy of D.C.’s unique art form.

Mezzanotte show highlights include the old jazz standard “Poinciana” by Nat Simon and made famous by Ahmad Jamal. The JoGo Project flips the song’s classic beat and puts a “Go-Go Swing” groove under it, in the style of Chuck Brown and Grover Washington. (The tune is featured on JoGo’s 2018 EP entitled “One for Pops.”) A JoGo fan favorite, Bob Marley’s classic “Wait in Vain,” begins with a Go-Go groove before harkening back to its roots with a captivating reggae groove.
“Jazz at the Mezz” was begun by Paulina Phillips and Theresa Sise of Jazz Beyond Borders. The organization brings international performing/recording artists to festivals, concert halls and classrooms and launches album releases. Diverse musical offerings have featured indigenous artists and others from the U.S. and performers from such countries as Spain, Canada, United Kingdom, Russia and Brazil.