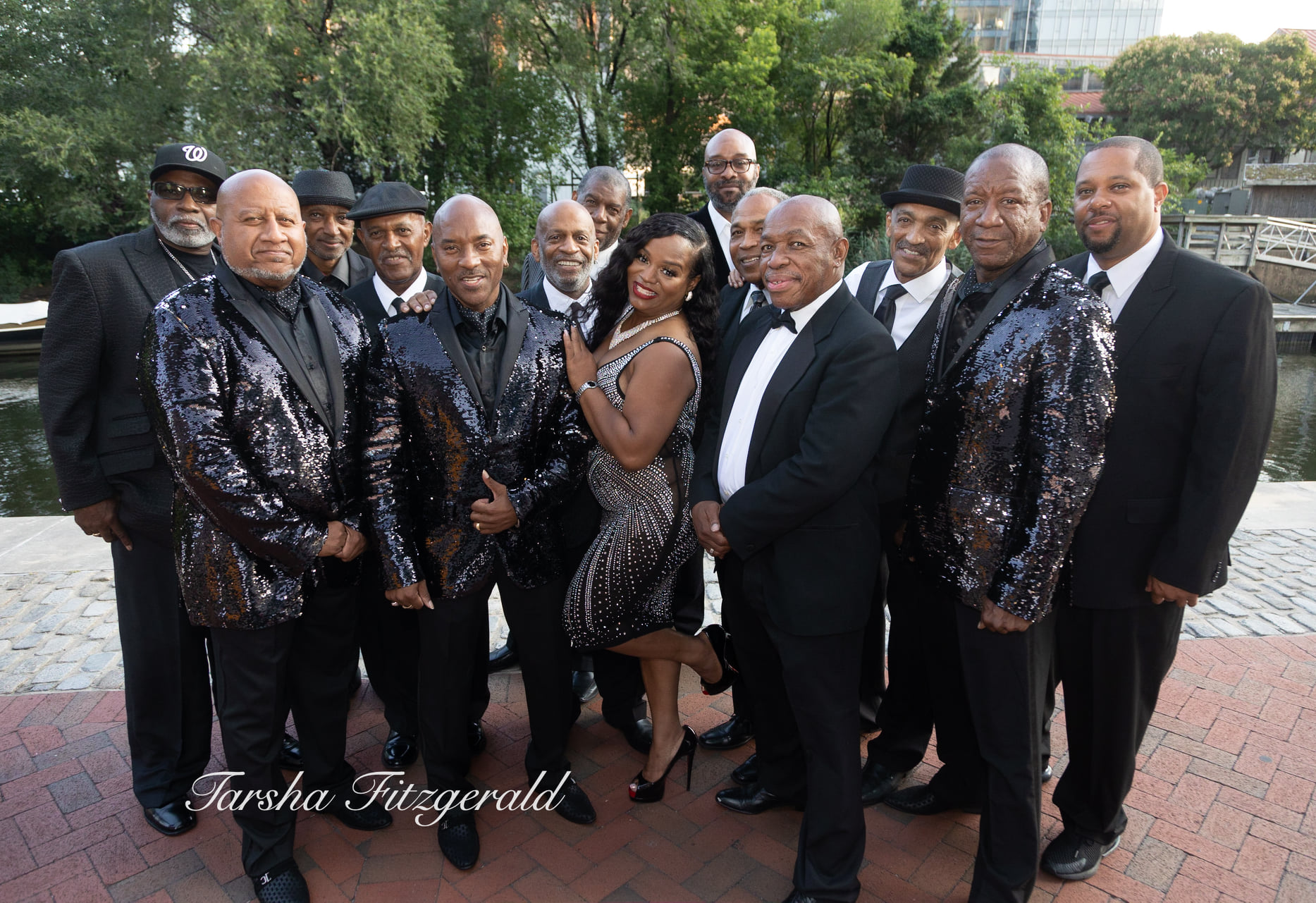 Keith “Showtime” Busey Unit Band is composed of multi-talented seasoned professional musicians and world class entertainers that will knock your socks off! The Unit Band consists of Keith Showtime Busey as the Bass player and Musical Director, Arthur Scribner (Keyboards), Jeno Meyer (Keyboards), Derek Redfootz Freeman (Drums), Les Campbell (Guitar). The Unit Band travels Around the World with 70’s Soul Jam Concerts Series. Backing up the 70’s Soul Jams Groups including the Stylistics, The Emotions, Bloodstone, Delfonics, Blue Magic, Jean Carne, Ray Goodman & Brown and more. The Unit Band is a very popular band to most of the top acts that perform in the DMV.

N.W.O. (New World Order), three accomplished independent musicians, Lenny Harris, Gilbert Pryor and Wondel Brown came together in 2016 to create a style of musical-energy with an irresistible sound that is certain to captivate interest from across the world! N.W.O has translated a musical style of the 1970’s into a fusion of R&B, Pop and Rock. The development of N.W.O. unique style is the result of a lifetime of musical influence while performing with artists including Aretha Franklin, Lloyd Price, Gladys Knight, Chante Moore, Melba Moore, Ronnie Laws, Barry White, Wilton Felder, Al Johnson, Walter Beasley, The Dells, Temptations, and the Four Tops.

IGNATIUS’ is a Vocalist of National Recording Group, ‘HEATWAVE.’
He is also a Solo Artist, Songwriter / Singer, Music Producer,and Renowned Drummer. IGNATIUS Musical Journey has been many Decades working with some of the who’s who of the music industry. He has recorded with the group ‘DISTANCE’ (“Paradise”) and ‘COMMITMENT’ (“Everything’s Alright”). IGNATIUS has also performed with the ‘STYLISTICS’ and RCA recording group “DESTINY.”

STEVE STRAUGHTER also known as “FRESH” has many musical talents as a Vocalist, Drummer and DJ at an early age. “FRESH” has performed in Las Vegas, many cities in the U.S and local venues in the DMV. He credits his influences in his style of singing of artists including Teddy Pendergrass, Marvin Jr of the Dells with his eccentric style and voice range. His Voice reminds you of Dennis Edwards and David Ruffin for their unique styles. “FRESH” has also performed with the National Recording Group, “HEATWAVE.”

”FOREVER YOURS” is a newly formed O’Jay’s Tribute Group comprised of talented vocalists Tyrone Toomer, Tony Petty and Kevin “Pierre” Bell. They have performed to sold out audiences on both national and international venues from Germany to Blues Alley in Washington D.C., and Keystone Korner Baltimore. “FOREVER YOURS” have graced the stage with World Renowned artists such as Cuba Gooding, Main Ingredient, Howard Hewitt, Jean Carne and many others. Their singing talents will take you back to a time where the Philly Sound was at the top of the R&B music charts and “FOREVER YOURS” will keep their music alive with their amazing stage performances.

TARSHA FITZGERALD PRODUCTIONS is very profound in creating Magical Musical Performances with Extraordinary Music, Great Vibes, and Memorable Experiences that will be Unforgettable!