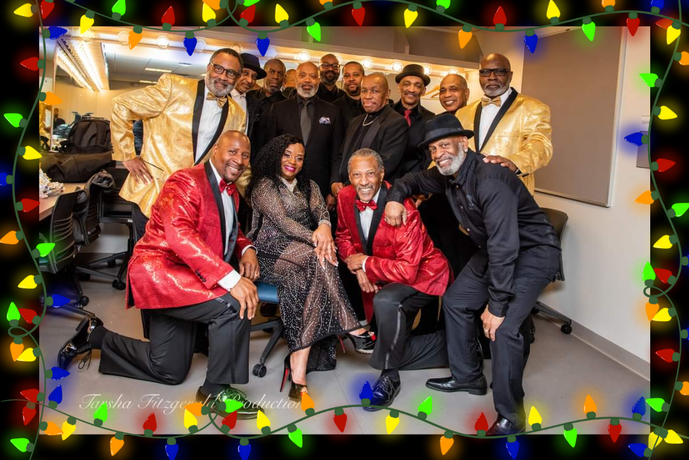 “THE VOICES Tribute to Motown” are a unique blend of talented vocalists consisting of Mike Hampton, Raphael Miles, Isaac Wooten and Terrence Chatman. Each has enjoyed success as individual artists, having toured the country, sharing stages with national and international acts. After forming in 2006 The Voices were nominated and received the 2007-2008 Black Excellence Award for Outstanding Achievement in Music in the R&B category. With over 30 years of collective experience, these seasoned entertainers are simply electrifying, receiving standing ovations after every performance.

“THE VOICES Tribute to Motown” offers an unforgettable experience as they capture the essence of the harmony, choreography and stylish wardrobes that defined that great era. The Voices are also renown for their soulful renditions of classic R&B hits from legendary artists such as The O’Jays, Stylistics, Whispers and Spinners just to name a few.

“THE VOICES Tribute to Motown” Production is composed of multi-talented seasoned professional musicians and world class entertainers that will knock your socks off! The Band Members travel the world with 70’s Soul Jam Concerts Series, Ginuwine, Backing up the 70’s Soul Jams Groups including the Stylistics, The Emotions, Bloodstone, Delfonics, Blue Magic, Jean Carne, Ray Goodman & Brown and more. “THE VOICES Tribute to Motown” is a very popular production to most of the top acts that perform in the Mid-Atlantic Area.

The Horns Section within “THE VOICES Tribute to Motown” are accomplished independent musicians that came together to create a style of musical-energy with an irresistible sound that is certain to captivate interest from across the world! They have has translated a musical style of the 1970’s into a fusion of R&B, Pop and Rock. The development of Horns Section is an unique style is the result of a lifetime of musical influence while performing with artists including Aretha Franklin, Lloyd Price, Gladys Knight, Chante Moore, Melba Moore, Ronnie Laws, Barry White, Wilton Felder, Al Johnson, Walter Beasley, The Dells, Temptations, and the Four Tops.