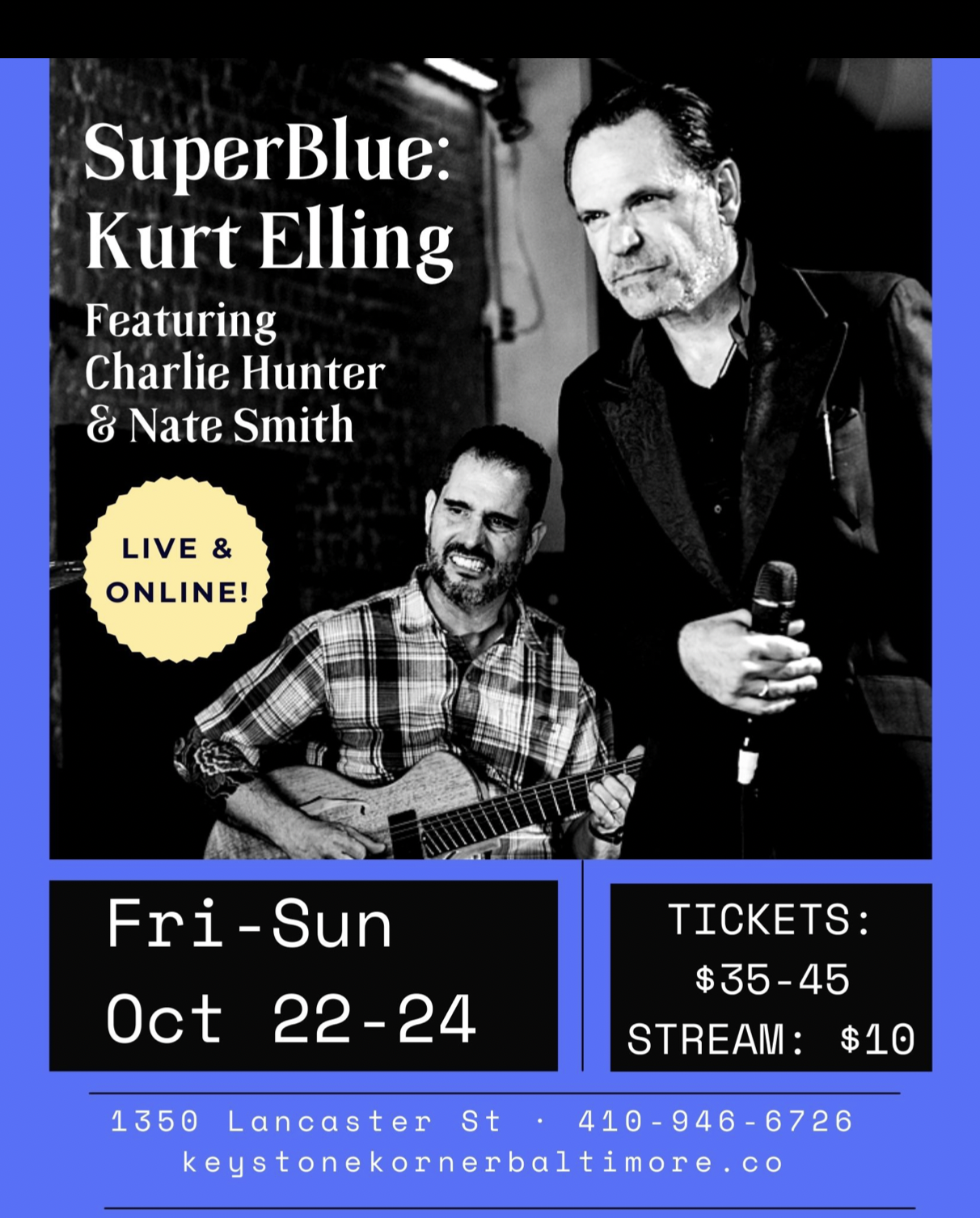 Get your tickets or streaming passes here: https://bit.ly/2YteRLh

Renowned for his singular combination of robust swing and poetic insight, two-time GRAMMY winner Kurt Elling has secured his place among the world’s foremost jazz vocalists. The New York Times proclaimed Elling, “the standout male vocalist of our time”. Over a twenty-five year career of touring and recording, Elling has won three Prix du Jazz Vocal (France), two German Echo Awards, two Dutch Edison Awards, and has been nominated for a GRAMMY award fifteen times. He has had a 14-year run atop the DownBeat Critics and Readers polls, and has won twelve Jazz Journalists Awards for “Male Vocalist of the Year”.

Kurt Elling’s voice is instantly recognizable, embracing listeners with his warm, rich baritone and navigating the full span of his four-octave range as a virtuoso improvisor and a compelling storyteller. The Guardian (UK) has named Kurt Elling, “a kind of Sinatra with superpowers,” and, “one of jazz’s all-time great vocalists.”

The Wall Street Journal said, “Elling combines authenticity with stunning originality.” The Washington Post declared that, “since the mid-1990s, no singer in jazz has been as daring, dynamic or interesting as Kurt Elling.”

Elling’s dynamism is enhanced exponentially by the fact that he consistently generates new vocal material by writing and recording signature and definitive lyrics to the compositions of foundational jazz composers like of John Coltrane, Keith Jarrett, Pat Metheny, Jaco Pastorius, Wayne Shorter, and Joe Zawinul. Additionally, Kurt Elling has co-created multi-disciplinary performances for Chicago’s Steppenwolf Theater and The City of Chicago. Jazz At Lincoln Center saw the world premier of The Big Blind, an entirely new jazz musical-in-progress Elling is co-writing with collaborator Phil Galdston (“Save The Best For Last”). National Poet Laureate Robert Pinsky declared that, “In Kurt Elling’s art, the voice of jazz gives new spiritual presence to the ancient, sweet and powerful bond between poetry and music.”

Elling has toured the world in a variety of contexts, including UNESCO-sponsored “International Jazz Day” performances in Havana, Cuba, in St. Petersburg, Russia, in Melbourne, Australia and in Washington DC. He has twice performed at the White House, including a performance in collaboration with the late Marvin Hamlisch and the National Symphony Orchestra for President Obama’s first State Dinner. He has served as Artist-In-Residence at the Monterey and Singapore Jazz Festivals. As a music industry leader, Elling spent six years serving as a Trustee and two years as Vice Chairman of The National Academy of Recording Arts and Sciences.

Kurt Elling will release “SuperBlue”, a new recording in collaboration with https:// charliehunter.com/ and members of the future groove band https://butcherbrown.com/ in the spring of 2021 on https://editionrecords.com/.