Spur of the Moment 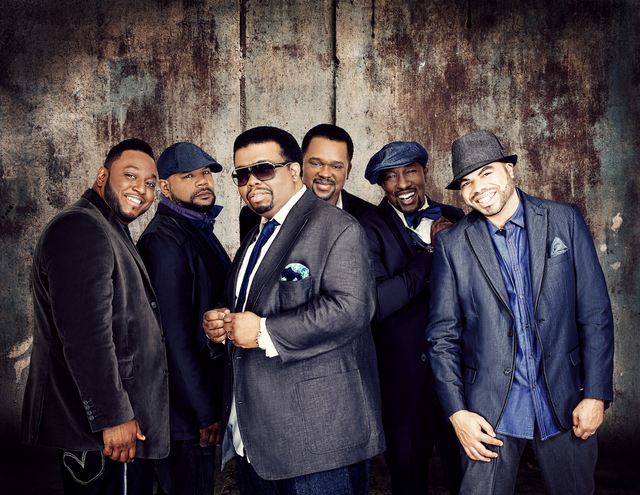 Coming to Keystone Korner Baltimore Saturday, November 19th, it’s SPUR OF THE MOMENT! Spur Of The Moment is a DC area-based jazz and R&B band who has inspired thousands of fans across the world with a vibe that continues to define the word band for 30 years. Always poised to present that special brand of jazz and R&B. The list of artists that have worked with this immensely talented unit grows yearly. Their resume reads like a “who’s who” of the R&B and Jazz worlds. From the legendary George Duke to Al Jarreau, Patti Austin, Ledisi, Raheem Devaughn, and Lalah Hathaway.

While often regarded as regional legends of the DMV, Spur of the Moment will not be keeping that status for long. Once you experience the magic of the popular ensemble in action, or groove along to Spur of the Moment’s exciting new CD “ N 2 Deep”(August 2014 release date) , you will quickly wonder why this group hasn’t attained Superstardom; then you will become a fan. “N 2 Deep” features emerging artist, “Grammy” nominated Maimouna Youssef, and incredible singer/songwriter Levi Stephens, as well as an appearance by their friend, “Grammy” nominated Maysa .

Outside of Maysa they have developed a loyal following and some famous fans as well, including Will Downing, Eric Roberson, Ledisi, Lalah Hathaway, Brian Culbertson and Raheem Devaughn. Maysa adds, “They embody all the goodness of today’s music…smooth melodies, beautiful instrumentation, and a lot of soul…they will prove to the world with this release that the good guys always win!” In addition, this Jazz, Funk and Soul group, in the past seven years, have become the “House Band” of “The Capital Jazz Supercruise”, performing with everyone from Stanley Clarke and George Duke to Oleta Adams, and Ledisi.

“What drives us to continue is the fact that, no matter how much we have achieved, there are still so many people in America and around the world who have never seen us perform or heard us, and we’re all about getting out there and sharing what we do with them. There’s also something cool about being the underdog, because there’s always something exciting still to accomplish. Every career has its ebbs and flows, and we’re fortunate to still be around, doing what we love to do – making people happy with our music!”