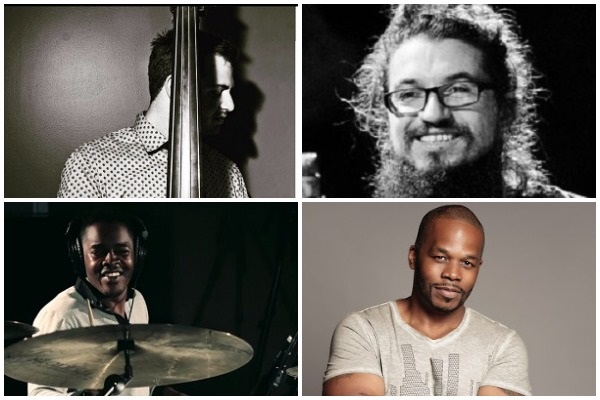 A tribute to McCoy Tyner and Chick Corea

Bassist Michael Feinberg has quickly “become one of the premier young artists on the New York scene” (Jazz Inside Magazine). Raised in Atlanta, GA, Feinberg began his music career on the bandstand as a member of Grammy-nominated trumpeter Russell Gunn’s quartet. Performing every week at Churchill Grounds, 18-year-old Feinberg held the bass chair for 6 months until he left for the University of Miami. As a sophomore at UM, Michael recorded his debut record “Harajuku” which helped him to earn a residency at Betty Carter’s Jazz Aheadat the Kennedy Center in Washington, DC. In 2012 Feinberg signed with Sunnyside Records to record the “Elvin Jones Project” with an all-star lineup of Billy Hart, George Garzone, Tim Hagans, Leo Genovese, and Alex Wintz. While on a self-imposed break from composing, Feinberg found himself digging deep into the great drummer Elvin Jones’ catalog. Subsequent gigs would consist of more and more Elvin-themed tunes until Feinberg made the decision to form his Elvin Jones Project. Much like his previous album, the EJP matured in the jazz clubs of the west village and features many of the great young stars of jazz including Billy Buss, Tivon Pennicott, Leo Genovese, Noah Preminger, Godwin Louis, Joe Santa Maria, Chad Lefkowitz-Brown, Victor Gould, and Glenn Zaleski. In 2014, Atlanta based BeHip records released Michael Feinberg’s “HUMBLEBRAG Live at 800 East”, Feinberg’s 5th album as a leader

Streaming cost is $10
Donations are welcomed.
The link will be revealed to you 15 minutes before the show
and will remain active through April 23