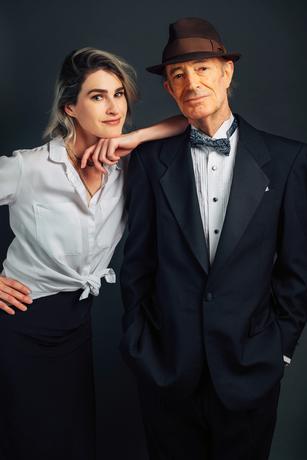 Mariah Bonner is a singer, recording artist, and all around entertainer based in Baltimore, Maryland, with a repertoire in French and English, ranging from American standards, French ballads, musical show tunes and new material. She was born in Baltimore, Maryland, and moved to France with her family at the age of ten. She studied ballet and theatre in Paris as a teenager and started a career in fashion modeling. Mariah graduated from The Guildhall School of Music and Drama in London and discovered there the art of telling stories through song. She pursued her artistic career in Los Angeles, playing in a variety of films such as The Social Network and the Universal Soldier series, and on television in series like Scorpion and Rules Of Engagement. One day, on a film set, the director noticed her humming a tune, and asked if she would like to record the original song he had written for his short film, “Ma Cité, Mon Histoire.” She had found her vocation! Mariah performs live with pianist, singer and composer Marcus Dagan, who was also her musical for her two albums At Last and Yours in Song.

Marcus Dagan is a composer, singer and pianist. He has traveled the world performing as a solo artist and returned to Baltimore’s music scene a few years ago where he met singer Mariah Bonner. The two have collaborated on two albums and many live performances throughout the Baltimore area, as well as New York, Los Angeles and San Diego.