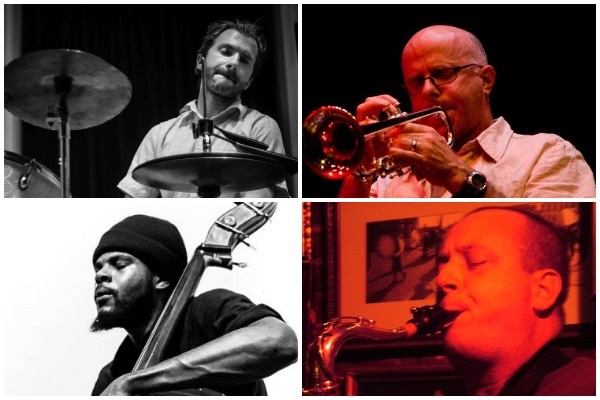 An encore of their Feb.19 show.

Drummer, recording artist, educator, Michael Kuhl hails from the musically diverse city of Baltimore. Kuhl studied and performed in numerous genres, making him a first call drummer for any situation. A graduate of Towson University, Kuhl has performed locally and throughout the globe alongside jazz greats Dave Liebman, Tony Malaby, Michael Formanek, Dave Ballou, Ellery Eskelin and Claudio Roditi. Outside of jazz, Kuhl has shared the stage with many international acts such as Beach House, Arboretum, Cigarettes After Sex, Tom Tom Club, and The Ravonnettes. As a leader, Kuhl performed with his trio every Tuesday night at Bertha’s in Fells Point before the pandemic. Alongside his musical career, Mike is an accomplished martial artist of Bagua Kung Fu, in which he says the two arts go hand in hand.

His compositions have been performed and recorded by the Meridian Arts Ensemble, trumpeter Jon Nelson, French hornist Adam Unsworth, saxophonist Ellery Eskelin and the TILT Brass Ensemble. Ballou is a Professor of Music at Towson University and Division Leader of the Jazz and Commercial Music Division. He is the founding director of the Bill and Helen Murray Jazz Residency.

Luke Stewart is a DC/NYC-based musician and organizer of important musical presentations. He has a presence in the national and international professional music community. He was profiled in the Washington Post in early 2017 as “holding down the jazz scene,” selected as “Best Musical Omnivore” in the Washington City Paper’s 2017 “Best of DC,” chosen as “Jazz Artist of the Year” for 2017 in the District Now, and in the 2014 People Issue of the Washington City Paper as a “Jazz Revolutionary,” citing his multifaceted cultural activities throughout DC. In DC his regular ensembles include experimental jazz trio Heart of the Ghost, Low Ways Quartet featuring guitarist Anthony Pirog, and experimental rock duo Blacks’ Myths. He has been compiling a series of improvisational sound structures for Upright Bass and Amplifier. Steward holds a BA in International Studies and a BA in Audio Production from American University, and an MA in Arts Management and Entrepreneurship from the New School.

Multi-reedman John Dierker has become a major improvisational stylist, interweaving concepts augmented by howling lines, injections of blues-drenched choruses and Albert Ayler-like display of energy.” (All About Jazz.) A Baltimore native, Dierker has worked in a wide variety of musical settings collaborating with Peter Zummo, Jason Willett, Jad Fair, The Basement Boys, Michael Formanek, and Marty Ehrlich. He is a longtime member of Lafayette Gilchrist and The New Volcanoes. Currently, he is working with Quartet Offensive, Lubbock, and Microkingdom and freelancing in the Baltimore/D.C. area.

Streaming cost is $10
Donations are welcome
The link will be revealed to you 15 minutes before the show
and will remain active through April.21