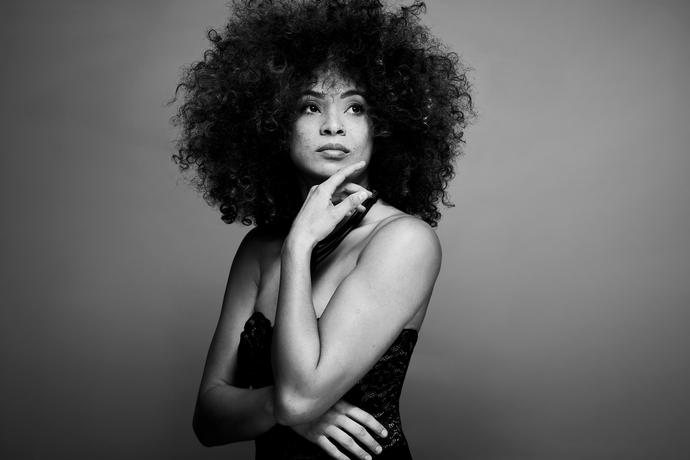 Kandace Springs is an American jazz and soul singer, and pianist, from Nashville, Tennessee — whose soulful singing led her late mentor Prince to praise her “voice that can melt snow” — is making her way to Keystone Korner Baltimore for a phenomenal two nights, Friday & Saturday, November 25-26th!

Spring’s most recent project, The Women Who Raised Me, features renditions of songs made famous by some of history’s most iconic vocalists: Ella Fitzgerald, Roberta Flack, Astrud Gilberto, Lauryn Hill, Billie Holiday, Diana Krall, Carmen McRae, Bonnie Raitt, Sade, Nina Simone, and Dusty Springfield. The Women Who Raised Me also features a cover of and a collaboration with Kandace’s “ultimate inspiration,” Norah Jones. This is a tribute album to the female vocalists who most impacted Springs’ music, stylings, and journey.

“This is an album I’ve been wanting to make forever,” says Springs. “It really expresses my love for all of these singers and gratitude for what they gave me. Each taught me something different and all of those lessons combined to make me who I am now.” Tracked live in the studio, the album finds Kandace singing and playing piano in the company of a pare but able band who all have ties to the artists honored here: Steve Cardenas (Norah Jones), bassist Scott Colley (Carmen McRae), and drummer Clarence Penn (Diana Krall) — that allows her remarkable gifts to shine.

While, Kandace Springs is no stranger to collaboration — she’s worked with everyone from the Wu-Tang Clan’s Ghostface Killah to drummer/producer Karriem Riggins (Common, J Dilla, Kanye) — The Women Who Raised Me features notable contributions from bassist Christian McBride (“Devil May Care”), saxophonist David Sanborn (“I Put A Spell On You”), and, of course, Norah Jones. “I didn’t even know what to think,” says Springs of recording with her first musical love. “It’s something I relive every so often, like, ‘Lord, I can’t believe she’s sitting right there.’ It was nerve-racking. I was like, ‘Get it together, Kandace, let’s do this!’” The result is a warm, swirling duet on Ella Fitzgerald’s “Angel Eyes” — an album highlight that proves that Kandace thrives in elite company.

From a starkly intimate rendition of Bonnie Raitt’s “I Can’t Make You Love Me” — the song that first caught the ear of Blue Note Records President Don Was when Kandace auditioned for a record deal in 2014 — to a simmering version of Lauryn Hill’s “Ex Factor,” Kandace is able to add an incredible depth of character and emotion to every phrase. Her virtuosic voice and subtle playing reflect a studied yet adventurous approach to reinventing these canonical works.

From the first second of Kandace Springs’ new album — as those warm, hand-plucked bass notes fill the air — you know you’ve arrived at something different. And once she starts singing, well, it’s pretty clear The Women Who Raised Me exists apart from the normal rules that govern space, time, and talent. She believes that music can touch people, spread a message, keep the world sane.