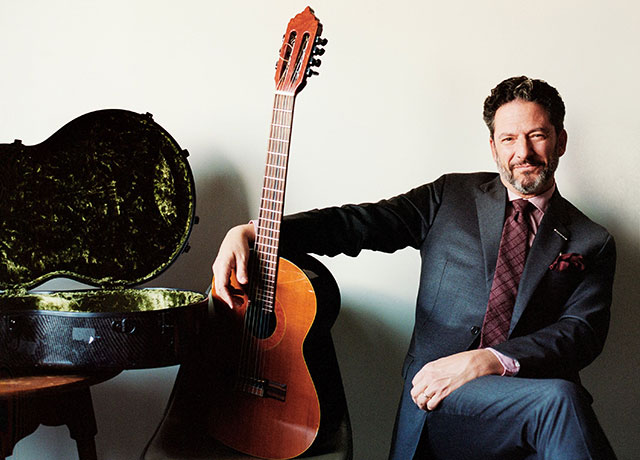 John Pizzarelli, the world-renowned jazz guitarist and singer, was called “Hip with a wink” by Town & Country, “madly creative” by the Los Angeles Times and “the genial genius of the guitar” by The Toronto Star. When he performs with his wife, singer/actress Jessica Molaskey, and his father, guitar legend Bucky Pizzarelli, they were labeled “the First Family of Cool” by the San Francisco Chronicle and “the von Trapps on Martinis” by The New Yorker. According to The New York Times, “the Pizzarelli-Molaskey duo are as good as it gets in any entertainment medium.”

After his recent smash success with the Boston Pops, he was hailed by the Boston Globe for “reinvigorating the Great American Songbook and re-popularizing jazz.” And the Seattle Times called him “a tour de force” and “a rare entertainer of the old school.” Before a recent show in the northwest, the local paper quipped “John Pizzarelli is so impossibly cool, he shouldn’t be legally allowed to enter Oregon.”