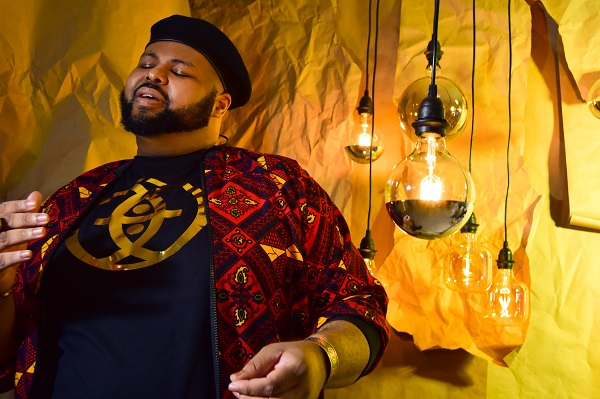 A combination of jazz, funk, and a little bit of r&b/soul.

Barry Moton is a Peoria, Illinois native who earned his BA in Vocal Jazz Performance from Southern Illinois University at Edwardsville, studying with Reggie Thomas. He furthered his education via the real HU experience, and earned his Master’s Degree in Vocal Jazz Performance from the lustrous Howard University while studying with the great Connaitre Miller.

A true renaissance man, Moton wrote the critically acclaimed radio drama ‘Day Dream’ inspired by the life of jazz icon Billy Strayhorn. It has been performed at the John F. Kennedy Center for the Performing Arts. Moton’s credits also include performances at the Mid Atlantic & the Al Sears festivals, as well as sharing stages with legendary artists like Cyrus Chestnut, Vanessa Rubin, and the late Roy Hargrove. Barry Moton is a musical mood that listeners will keep on repeat.

This show is a release party for his new EP “What Had Happened Was”, which is a nod to the myriad of excuses we make to stop us from putting ourselves out there. It features the rich textures of funk, the lurid nuances of electronic, and the eclectic chords of jazz, in particular, are simmering in the vocal stylings of Barry Moton’s golden voice. With noted legends such as Al Jarreau, Joe Williams, and Luther Vandross among his major influences, it is no surprise that Moton’s warm bari-tenor timbre waltzes through notes leaving listeners with a comforting familiarity with any song that he sings.

A limited number of in-person seats are $20
Proof of COVID-19 vaccination required at door
In -person attendees receive a link to the recording to view for one week after the show.

Check out these selections from thier new EP: