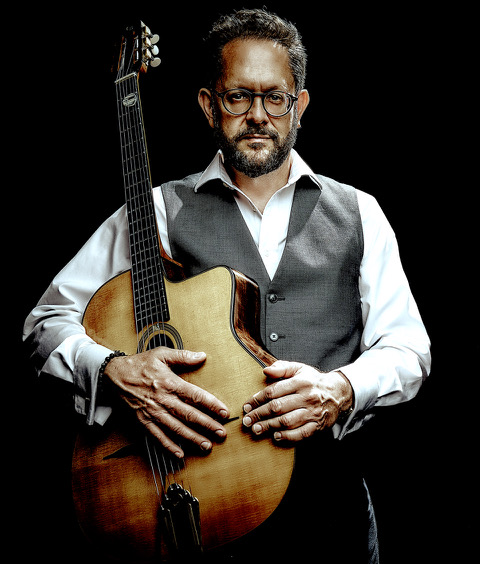 Despite a wealth of talent and a huge number of jazz fans, Maryland’s capital city has not hosted a jazz festival since 1996. In 2022, Annapolis will reclaim and celebrate its musical heritage with concerts and lectures for adults, families and children. Some are ticketed. Many are free. In the inaugural year, all events will be presented at sites in Eastport, the “Left Bank” of Annapolis

Opening Night kicks off with performances by Hot Club of Baltimore led by acclaimed guitarist and composer Michael Joseph Harris. His numerous albums of traditional and contemporary Gypsy jazz have been widely heard and highly praised in North America and Europe.

From your seat at the historic Peerless Rens Club in Annapolis, imagine yourself in vintage Paris in 1939 when Django Reinhardt met Duke Ellington for the first time at a nightclub called Hot Feet. Jazz was the hottest music on the scene and Django’s popular all string swing group began to bring horns into the mix.

Django’s repertoire had ranged from 1920s to 1930’s jazz standards and show tunes with creative renditions of classical music by the likes of Claude Debussy and J.S.Bach. The concert will include some of these tunes influenced by romantic classical music such as “Rhythm Futur” and “Nuages” as well as subsequent repertoire inspired by Duke Ellington, with songs like” In A Sentimental Mood” and “Caravan”

Clarinetist Hubert Rostaing had a longstanding artistic relationship with Django Reinhardt and appeared on many of his records during this time. Thus, Hot Club will feature the amazing Gabriel Wallace on clarinet and saxophone in order to pay homage to this particular chapter in the Paris Jazz scene.