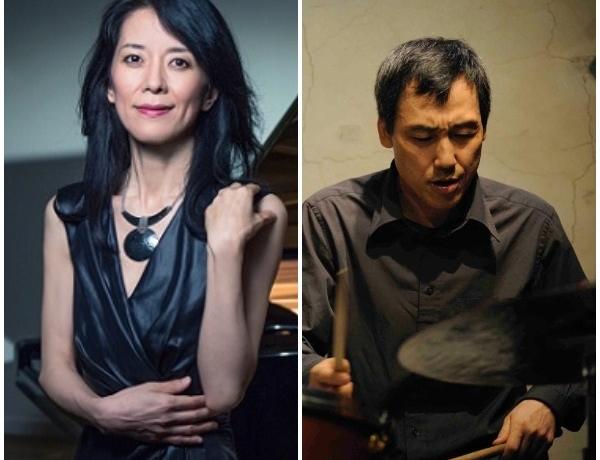 A favorite duo for Baltimore fans and worldwide!

Since moving from Kyoto, Japan to the United States in 1995, Eri Yamamoto has established herself as one of jazz’s most original and compelling pianists and composers. Eri’s tenth leader album, life, is a generous new collection of unique songs. As the album title suggests, the music portrays a wide range of her experiences — from joyful to introspective, reflecting the vibrancy of New York City and exploring mysteries of nature and memory.

Eri has developed a unique sound and repertoire and has built a loyal following in New York and abroad. They have toured the U. S., Canada, Australia, Europe, and Japan, with appearances at major festivals. She has moved audiences with her renditions of her own compositions and her spontaneous improvisations.

Eri has also been collaborating with such creative and celebrated musicians as William Parker, Daniel Carter, Hamid Drake, Federico Ughi, Yves Leveille and Paul McCandless. Eri has appeared on five William Parker recordings and has performed in the U.S., Canada, Italy, Holland, Norway, Tunisia, Portugal and South Africa with his trio and sextet.

Ikuo Takeuchi, born in Japan, is a drummer, composer and has lived in New York City since 1988. He has been regularly performing in New York city and touring to Europe and Japan. Experience to play with many musicians such as Ron McClure, Cecil McBee, Richie Beirach, Eddie Henderson, George Gazone, Bruce Saunders, Jacob Sacks, the late Mr. Arnie Lawrence and so on.

Limited in-person seats: $25/ $10 full-time students with valid ID
In-person attendees receive a link to the recording to view for one week.
Ticket sales end 1 hr before showtime; tickets can be purchased at the door if any remain.

Streaming Cost is $15
The link will be revealed to live stream participants 15 minutes before the show
and will remain active through Nov. 13