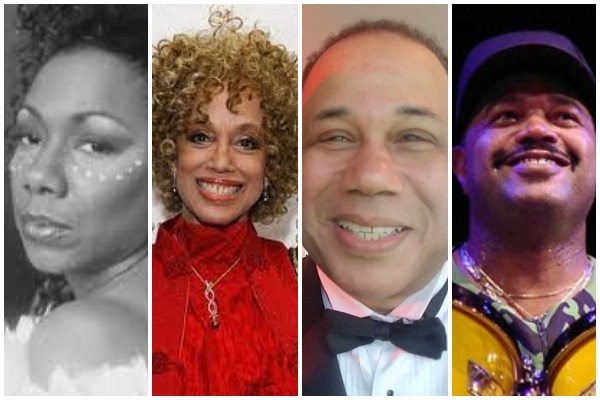 Gabrielle Goodman was raised in Baltimore, attended Peabody preparatory school and briefly Oberlin College. She transferred to the Peabody Institute Conservatory, where she studied under the direction of Alice Gerstl Duschak and Gordon Hawkins and graduated in 1990. A protege of Roberta Flack, Goodman began her international performance career as a backing singer for Flack in the mid-1980s and continued to tour and record with the legend for several She co-starred with Dee Dee Bridgewater in Montreal Canada 1998 and toured with Michael Bublé in the show Forever Swing 2001. With a four-octave vocal range, she has also provided vocals for Patti Labelle, Nona Hendryx, Jennifer Hudson, Mary J. Blige, Patrice Rushen, Freddie Jackson, Brian Ferry, and George Duke.

She has recorded for JMT, Verve, and Polygram and has written and arranged songs for Chaka Khan and Roberta Flack. She has worked as a professor of voice at Berklee College of Music since 1998.

David Bunn is a pianist, conductor and arranger, and a founder of the Jazz Study Department of the Peabody Institute. A musical director for the stars, Bunn has worked on Broadway and off-Broadway. David Bunn’s “Live The Dream” was performed by the London Symphony chorus on the BBC and the Baltimore Symphony. His touring credits include the shows Forever Swing with Michael Buble, Dreamgirls, West Side Story and Ain’t Misbehavin’. Mr. Bunn has been the musical conductor for several long running performances of “Sophisticated Ladies” to raver eviews and is a sought-after authority on the music of Duke Ellington.

Dennis Chambers has recorded and performed with John Scofield, George Duke,Brecker Brothers, Santana, Parliament/Funkadelic, John McLaughlin, Niacin, Mike Stern, CAB, Greg Howe, and many others. He can play in a wide variety of musical genres, but is perhaps most notable for his jazz-fusion, funk, and Latin music playing. He is mostly known for his fast hands and triplets on the bass drum. He has helped many young drummers, the most prominent being Tony Royster, Jr. In 1978 (at 18 years old) he joined Parliament/Funkadelic, and stayed with them until 1985. In 1986 he joined the John Scofield band and has since played with most of the major figures in jazz fusion music.

Joining via Zoom for conversation, Mercedes Ellington, Broadway and television tap dancer, choreographer, director, and producer and daughter of Mercer Ellington has preserved and extended the musical legacy of her grandfather, Duke Ellington. She has been hailed as “one of the brightest dancing stars this universe has ever known”. Ms. Ellington is a Tony nominated dancer and choreographer who has graced the Broadway stages of many shows including, Sophisticated Ladies, No No Nannette and many others.

Streaming cost is $10
Donations are welcomed.
The link will be revealed to you 15 minutes before the show
and will remain active through May 3