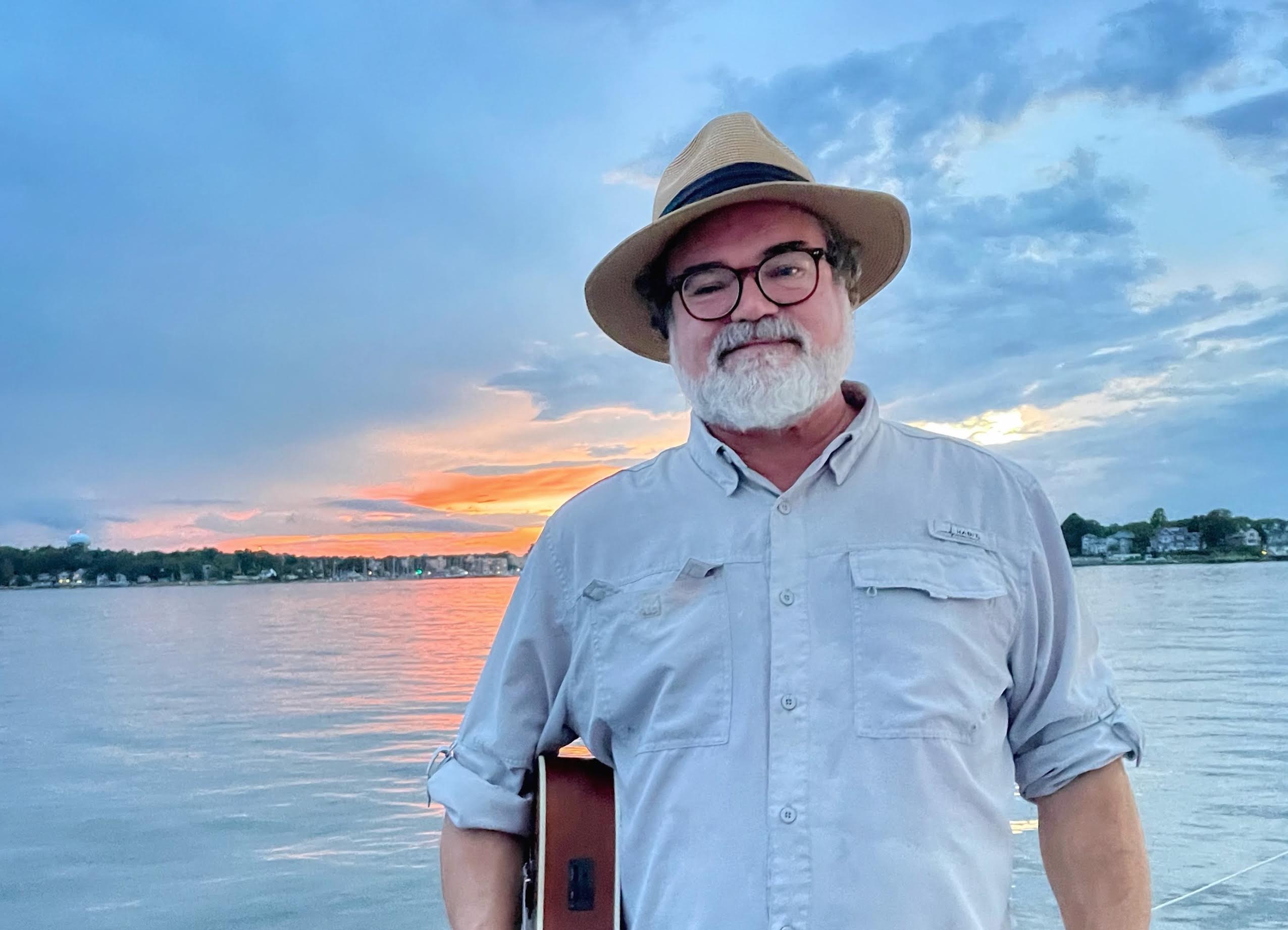 Enjoy a family friendly performance on on Sunday afternoon when the Annapolis Jazz & Roots Festival presents Jefferson Holland. A modern-day Chesapeake Troubadour, he is a singer, songwriter, poet and story-teller, performing original songs inspired by decades of life on the Bay along with historic sea chanteys that have become part of a modern-day craze.

Holland’s name is deeply embedded in the musical memory of Annapolitans. He co-founded Chesapeake folk group “Crab Alley” in the 1980s and 90s, and went on to found the ever-popular group, “Them Eastport Oyster Boys,” with Kevin Brooks in 1995. In 2019, Jeff co-produced the Chesapeake Music Festival at the Smithsonian Environmental Research Center as part of the Smithsonian’s Year of Music. He has performed widely around the Chesapeake and travelled far from the watershed, appearing in Ireland, Estonia and Canada. He has six albums to his credit.

Holland has written extensively about his beloved Bay and knows well its gifts and challenges. He served as director of the Annapolis Maritime Museum, as Riverkeeper for the West and Rhode Rivers and was a Research Associate at the Smithsonian Environmental Research Center. Expect a lively performance from a witty and knowledgeable wordsmith.

Despite a wealth of talent and a huge number of jazz fans, Maryland’s capital city has not hosted a jazz festival since 1996. In 2022, Annapolis will reclaim and celebrate its musical heritage with concerts and lectures for adults, families and children. Some are ticketed. Many are free. In the inaugural year, all events will be presented at sites in Eastport, the “Left Bank” of Annapolis. Find out more and make reservations at https://www.annapolisjazzandrootsfestival.com/