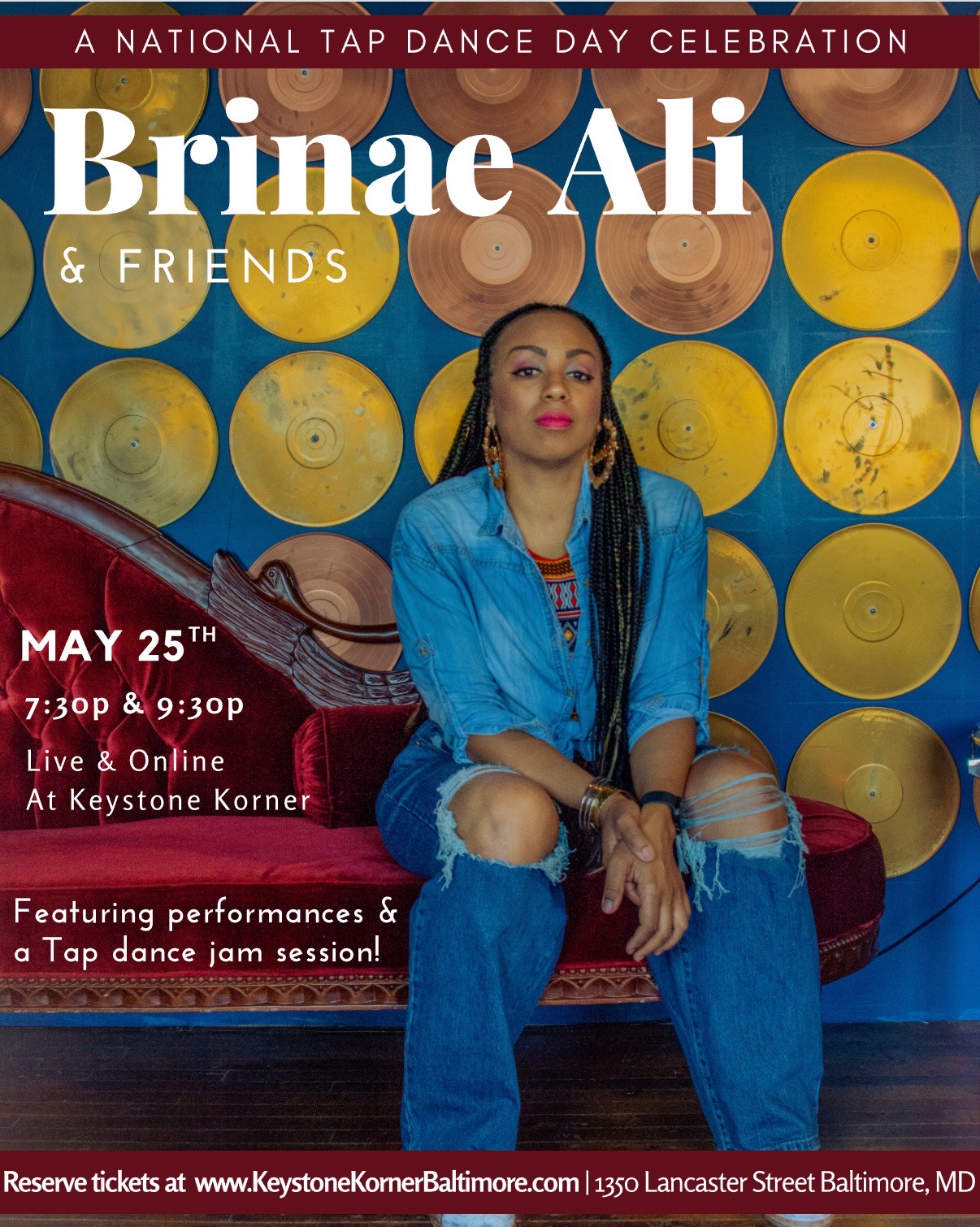 Alexandria “Brinae Ali” Bradley born and raised in Flint, Michigan is an interdisciplinary artist who believes in using the power of the arts to transform the conditions of the human spirit. When she is not traveling and performing, she is giving back to young people and grassroots organizing. Bradley has served as the artistic director of Tapology, Inc. a youth based outreach program in Flint, that believes in preserving the art of tap and jazz culture through education and performance. As a teaching and performing artist, she has collaborated with Philadelphia Clef Club of Performing Arts, Flint Reperatory Theatre, Mural Arts of Philadelphia, Young Audiences of New Jersey, Ping Chong and Company, New Jersey Performing Arts Center, Carol Morgan School in Santo Domingo, Dominican Republic and the Apollo Theater Education Department in Harlem, NY. She has also shared stages with artist such at Abiodun Oyewole of the Last Poets, reg e. Gaines, Jessica Care Moore, and Orrin Evans. Ali’s Broadway and Off-Broadway experience has gained her positions as assistant dance captain for “Shuffle Along: the 1921 Sensation And All That Followed” choreographed by Savion Glover and directed by George C.Wolfe, company member of NY and Touring cast of STOMP, special feature in the “Cotton Club Parade” which later became “After Midnight” under the musical direction of Wynton Marsalis, and New York City Center Off -Center production of “Don’t Bother Me, I Can’t Cope” directed and choreographed by Savion Glover. As a playwright and songwriter she has also created an award winning work such as Best Short Play at the Downtown Urban Theater Festival for her one woman show “Steps” and the Vox Populi Independence Music Award for “Destination Forever: Vol.1 EP.” Currently she is a lecturer at Johns Hopkins Peabody Conservatory, member of the Baltimore Jazz Collective, and creating new work celebrating the life of tap dance icon Baby Laurence based on research supported by the Billie Holiday Center for Liberation Arts at the Krieger School of Arts at Johns Hopkins University.