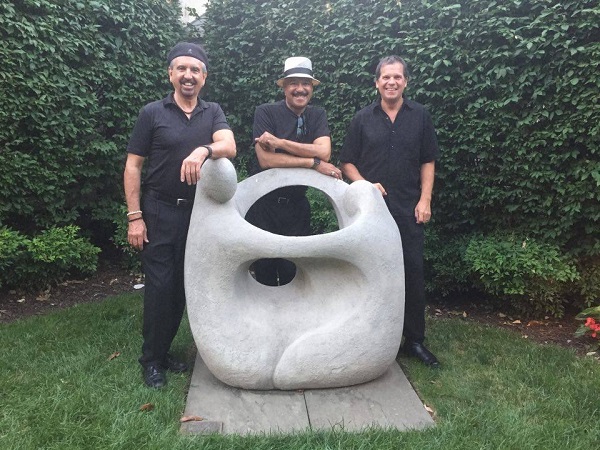 Their 3rd live stream performance on the An die Musik Live stage!

Brian Kooken is a jazz guitarist, composer, and instructor based in Baltimore, MD. He has toured in Canada, Cuba, and France, and has performed at many venues and festivals in the Mid-Atlantic Region. He has worked with Blues singers Marva Wright and E.C. Scott, Gospel artist William Becton, and Jazz organist Greg Hatza.
He has released three original albums: Visions (2004), A Minor Thing (2014), and Hit It (2020).

Greg Hatza is a jazz performer, composer and educator based in Baltimore, Maryland. A renowned Hammond B-3 organ player and keyboardist, he has performed internationally in India, Italy, Japan, and Russia. He has been recording since the 1960s primarily as the bandleader of Moon August and The Greg Hatza ORGANization. Greg’s formal education includes a Bachelor’s degree in Composition from the Peabody Conservatory and a Master’s from Towson State University, where he subsequently taught jazz, piano composition, improvisation and music theory for many years. He studied tabla and later sitar for more than ten years under Ustad Hamid Hossain. In addition, Greg studied Chinese classical music on the erhu, a two-stringed Chinese fiddle, under Shanghai instructor, Liang Shan Tang. Greg released three Greg Hatza ORGANization CDs with Palmetto Records and his latest CD was self-released in 2017 on FLIP Records and is entitled Diggin’ Up My Roots.

Philadelphia native Robert E. Shahid grew up with a constant musical influence. His mother sang opera, his aunt composed and played piano, his grandfather sang in the famed Philadelphia Male Chorus, and his uncle was a legendary vibraphonist for Dave Brubeck, Lynn Hope, and Red Prysock. With those musical influences, Robert studied drums in high school and, after graduating from Florida A&M University, later founded The New Philadelphia Jazz Quintet.

Robert has performed with Nat Adderly, Rufus Harley, Red Prysock, The Fabulous Emotions, Bobby Timmons, Percy Mayfield, Melton Mustafa, and has been invited to sit in or share the stage with countless others. He has been instrumental in performing for and encouraging youth to pursue their musical interests. Robert believes, “The language of music has been the most consistent common denominator for the sharing of appreciation for the gift of life.” He performs regularly with a variety of local and national ensembles

Limited in-person seating is $20 / $10 full-time student with ID
Proof of COVID-19 vaccination required at door.
Studio audience members receive a link to the recorded show to enjoy for one week fter the concert.

Streaming cost is $10
The link will be revealed to live stream participants 15 minutes before the show
and will remain active through Nov. 18

“This BK Trio recording, Hit It looks like an “organ-trio” recording until you actually listen to it. It does feature the three instruments – Hammond B3 organ, guitar and drums – key ingredients for the proverbial organ trio, but because the date is marked by Brian Kooken’s elegant guitar lines and crackling rhythmic vamps and harmonic lines it becomes quiet unusual, and despite the fact that the organ plays a near co-equal role in this music everything about it manages to flip the script.”