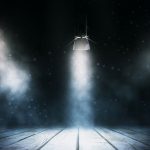 Stage Fright and How to Conquer It

February 4, 2021 · by Tony Ziesat · in Uncategorized
A condition commonly plaguing performers can be overcome. Is there anyone amongst us who has never had some stage fright?  My question is, of course, rhetorical.  Stage fright is a “common denominator” of musical performers, at one time or another.   Moreover, the general psychological phenomenon of performance anxiety is not limited to stage fright per se; it also applies to one’s emotional response to any kind of performance; for example, doing a job interview, giving a toast at a wedding, going on a first date, and “rounding third base” some time after that first date…  Not only is some degree of anxiety entirely normal before and/or during a musical event, it’s actually necessary for optimal performance.  | Read more>>