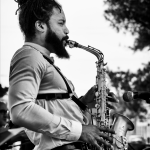 Baltimore Jazz Fest 2019 Thanks You

October 13, 2019 · by Ian Rashkin · in Uncategorized
This past Father’s Day BJA presented Baltimore Jazz Fest, a free day-long festival that featured some of the best jazz in town. I say the BJA presented, but in reality, this was truly a community effort. When we first presented Baltimore Jazz Fest in 2016, at Druid Hill Park, we also had great support, but it was a big effort for our small organization, and while we tried to repeat it the following year, we really didn’t have the resources to make it happen right away. | Read more>> 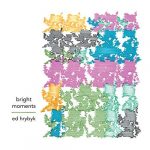 October 27, 2018 · by Ian Rashkin · in CD Reviews
I finally cracked the debut album by Baltimore bassist Ed Hrybyk, Bright Moments — not sure what took me so long, but glad I got around to it. It’s an excellent recording of a bunch of good tunes, featuring some of Baltimore’s best musicians: Clarence Ward III, Samuel King, Daniel Wallace, Justin Taylor, Jim Hannah, Allen Bernard Branch, Sami Arefin, Matt Andrews, Shawn Simon, and of course, Ed Hrybyk on upright and electric basses. | Read more>> 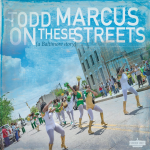 On These Streets (Todd Marcus)

July 7, 2018 · by Ian Rashkin · in CD Reviews
Shout out to longtime BJA member Todd Marcus on the release of another excellent album, On These Streets. Combining complex instrumental jazz, soulful vocals (courtesy of Eric Kennedy), and deep grooves, the music is as complicated and vibrant as the neighborhood it is written to reflect. | Read more>> 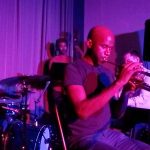 May 28, 2018 · by Ian Rashkin · in Live reviews
Last Tuesday (May 15) I headed down to the Motor House to catch Baltimore’s newest jam session, hosted by the Concord Jazz Project, and I was especially excited because not only do I like the spontaneity inherent in jam sessions, this one had a special twist – all the music they were playing was written by the participants. | Read more>> 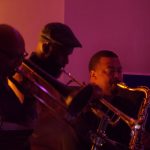 November 30, 2017 · by Ian Rashkin · in CD Reviews, Live reviews
“This year”, notes the brochure for the Dynamic Album Project, “marks the first year that revenue from streaming services … surpass the sales of CDs and vinyl records.” Dan Rorke — founder of The Dynamic Album Project — then asks “Why aren’t we utilizing [these] services to push the envelope further?” Just as LPs gave rise to longer tracks and concept albums, and CDs eliminated the concept of sides, extending the consecutive play time further, modern digital delivery systems offer many possibilities for expanding what it means to create an album, and so far, many of these ideas have yet to be explored to any great extent. | Read more>>