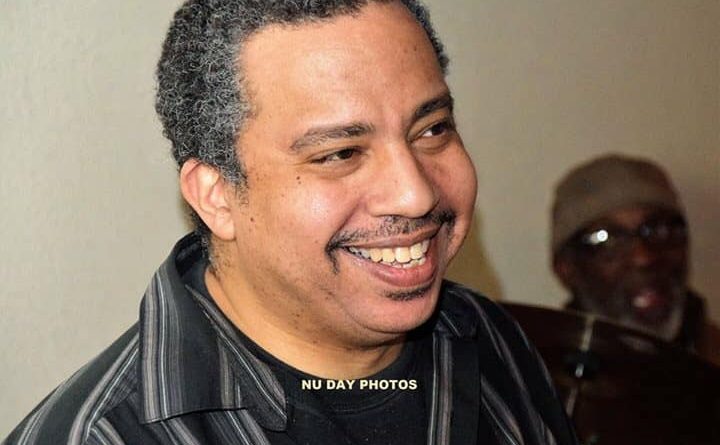 Dawoud Said, keyboard player and music engineer, passed away at age 54 on October 25, 2021, from complications of heart disease, from which he had suffered for many years. Dawoud was a longtime keyboardist for the Spice band; he also played with Art Sherrod, 4 the Road, and The Rollex band (a wedding band). He toured and performed with a myriad of other bands and music notables. Dawoud Said was especially noted for his keyboard skills while performing with the Spice band at the popular Club 347 Monday night jam sessions, dating back to 2005.  After approximately 3 ½ years there, and with the help of Vic Frierson, future lead vocalist in Spice, the jam session was relocated to The Place Lounge for the next 10 years (thanks to owner, Ann Winder).  Said covered keyboard along with bassist Jesse L. Powers, Jr., drummer Johnny Jones, and vocalists Debbie Poole and Vic Frierson.  Powers recently shared some of his experiences with the man he calls a “brother.”

At the beginning of the jam sessions at Club 347, there was some difficulty filling the keyboard position in what would be a trio–an all too familiar scenario among band leaders.  On the opening night of the session, Powers scrambled to find a pianist, and lo and behold, it was Dawoud Said who answered the call. The trio–Dawoud, Jesse, and Johnny—then performed for the first time as a group. On that opening night, the owner of Club 347, Ron Persaud, who earlier had envisioned a rotation of musicians in the house band, quickly declared that after what he’d just heard, the house band would be Spice

The band would go on to become a fixture in the Baltimore music scene, and played throughout the area, including at Bentley’s and Cookers, Sullivan’s, Ram’s Head, the Horseshoe Casino, Corinthian Lounge, Emerald Tavern, and Blackwall Hitch Annapolis, and more.

According to his bio, Said was born in Baltimore and raised in Washington, D.C. He began studying classical piano at age seven and continued classical and jazz studies at Duke Ellington School for the Arts. He began playing professionally at around age 15. In 2004, he released a smooth jazz album titled India in 2004, with 13 of the 14 tracks being his original compositions. One user review says: “Listening to Dawoud Said’s India is like taking in fragrance-enhanced fresh air. Soooo sweeeet. So mesmerizing…From the first take to the last number, the notes flow fluidly like a running stream, like cool breeze.” Said also expanded his musical talents by mastering both the saxophone and bass, playing all three instruments on his 2015 album, Mainstream.

As Powers recalls, Said didn’t favor reading music, but he had an incredible memory – “if he heard it,” says Powers, “it would be in his head” – be it jazz, pop, R&B, contemporary. “You name it,” says Powers, “he could play it.  Powers also mentioned Said’s “superlative” production skills. He worked on albums for countless musicians.  And he always insisted on his way—because he was so good at what he did.

Powers says the Spice band never learned their music in rehearsal—they would just give each other music to learn at home, and then come together to work it out during the performance.  They had developed a deep trust musically.  There was also a “spiritual connection” between the three band members.  Dawoud’s health troubles didn’t make things easy; he was plagued with congestive heart disease for many years, and although he made some lifestyle changes in order to combat the condition, he still had recurring episodes.

As a side note, both Said and Powers were accomplished music engineers, but the Spice band never managed their own recording – “life just got in the way,” as Powers put it.  Nevertheless, Dawoud Said was an important part of their mission which was that the jam sessions help bring the Baltimore music community together, and for a period of time, it worked.  Throughout the years, Powers and Said were brothers on their musical journey.  –Liz Fixsen & Jesse Powers