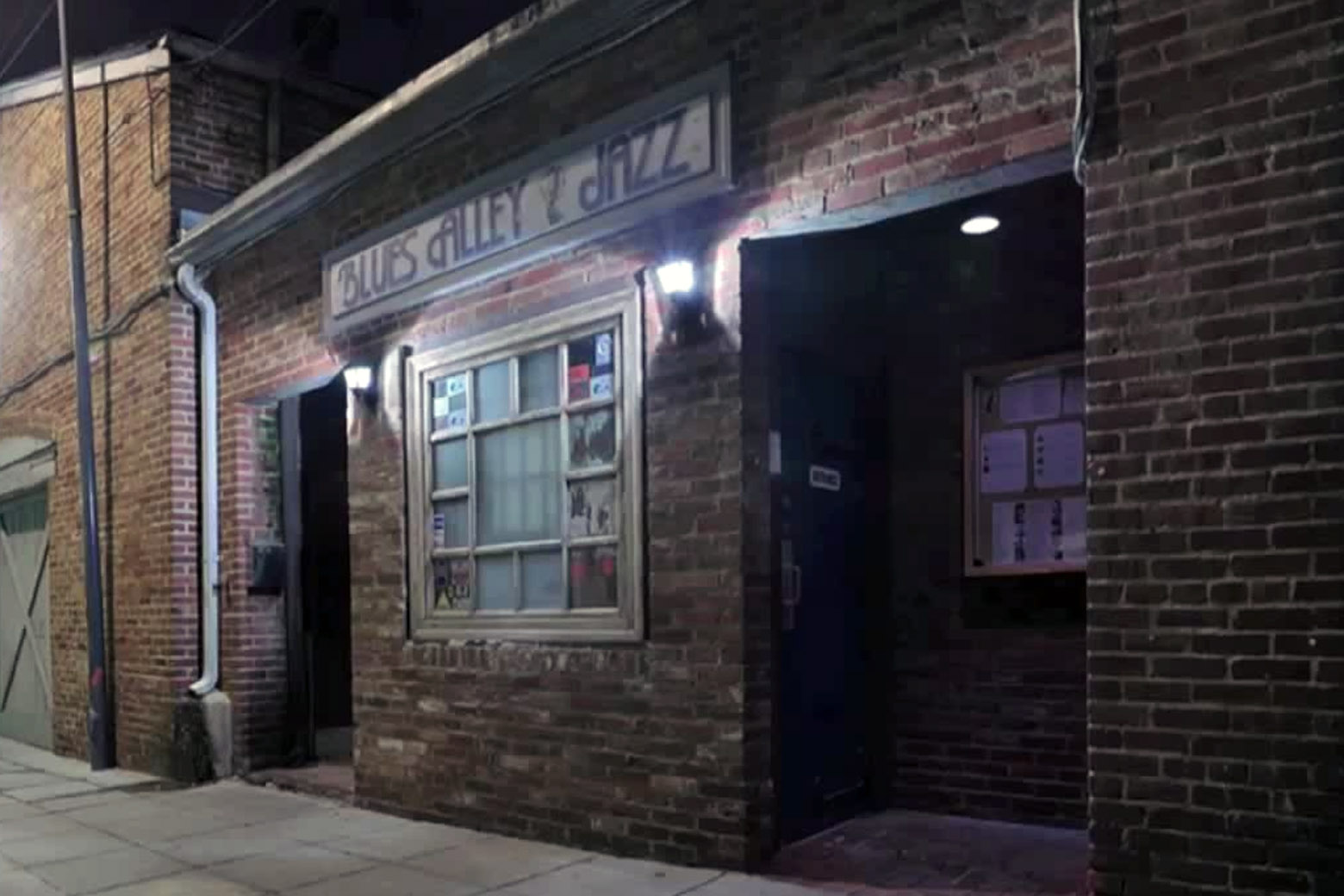 The whole world has had to change in many ways. Unfortunately, these changes have affected not only the way we live, but also—and most importantly—how people, including musicians, make their living. Of course, jazz music has always adapted and shown amazing resilience in Baltimore. We saw the roots of jazz holding strong throughout the Prohibition days with musical greats like Billie Holiday and Cab Calloway, to name a few. Those jazz roots reasserted themselves and held on tightly to the reins through the racial rioting and struggles to desegregate with performers like Frank Zappa and O’Donnell Levy. Fast forward to today with Baltimore’s struggling venues, marching through the challenges of finding alternate ways to stay open, our super star musicians continue to find ways to make it happen against all odds. Take heart, Baltimore. If we look around at how jazz is surviving and even thriving through the efforts of performers and jazz lovers across the country, we will see that we are not in this struggle alone. I reached out to music venues and performers in other states and learned some interesting facts. Let us start close to home with Washington D.C and see how our neighbors are managing through the COVID-19 pandemic.

Well first, all venues have been hit, but some more than others. It was inevitable that the lack of live motion of people, along with the decline in the interaction of a mature and sophisticated atmosphere fueling the jazz scene, would eventually result in financial devastation. For example, have both closed, and even the famed Twins Jazz Club, after 33 years of hosting the best of live jazz, has shut its doors for good.”!

Friend and well-known D.C drummer, Nasar Abadey said he had not performed for a live audience since March 11th. Recent news reported that the former house barn located in Georgetown, Washington D.C. that had been converted into the famous Blues Alley founded in 1965 has been closed during the pandemic and is now up for sale! Personally, I have spent a lot of years and money there and feel a loss that the club is relocating. During the pandemic, the club owners have been streaming live performances from the National Press club in downtown D.C. While it was shut down, the club owners have been looking for a new location to reopen the Blues Alley.I have spent a lot of years patronizing the club at that location and feel a sense of melancholy about it relocating, but I’ll get over it. Eventhe historical Kennedy Center in Washington D.C which is one of the highest profile jazz gathering venues on the East Coast, receiving support from the federal government for operational purposes and some labor, is currently closed.

Takoma Station Tavern, also known for live jazz, is open. You can order take-out, and during the warm weather the club promotes their outside sidewalk café where you can enjoy a meal and listen to live jazz.  Mr. Henry’s Restaurant on Capitol Hill is also open only for carryout, and on Wednesday and Friday, livestream virtual concerts. In March, they plan to reopen for open-jam-sessions and concerts; however, there will be a limited number of attendees allowed in. On the other side of town, on Fridays at 6 p.m., the Westminster Presbyterian Church on 400 I St. SW is still open. The church promotes their fish-fry meals along with live jazz at an affordable entry price of $5.00. Dick Smith, retired defensive back for the Washington football team, executive director, and curator, partnered with Pastor Brian Hamilton and Co-Pastor Ruth Hamilton, and converted the sanctuary of the church into a venue that is used for three-hour shows of straight-ahead bop and jazz. If anything, Smith, and Hamilton say, “the changes have made their community concept even more vital.” The earth is shifting, so we do have to find ways that build community,” Smith says. “[New arrivals] are bringing different ways of thinking, and if you have that community concept of sharing and being respectful to each other, we’ll all be better off. Because other than that, you’re going to be fighting for survival, and not realizing, we’re all in this together.” This isn’t just art for art’s sake,” Hamilton adds. “This is art in service to the community. That’s important.”

As music venues are now closed during the pandemic, musicians are having to find other means of survival strategies to stay afloat. Some musicians have resorted to applying for small grants to start private tutoring classes; some are going back to teaching in schools and universities; many are collaborating to perform at outside yard concerts and residential parks, but they all are finding something to do. In fact, some are traveling with instruments in hand ready to perform at the drop of the hat! (Get it?) Some folks are “wood shedding” while picking up odd jobs to make ends meet, and some are not making ends meet at all.

Help is on the way! Some churches are sponsoring Go-Fund-Me sites to provide some financial relief for displaced musicians, while stakeholders in the community, such as councilmembers, business owners, and health officials, are sponsoring live streaming performances that provide some needed revenue, but not much. On February 15th, the mayor of D.C, alongside the Office of the Deputy Mayor for Planning and Economic Development (DMPED), and the Council of the District of Columbia passed the “Business Support Grants Emergency Amendment Act of 2020”. This launched the Hotel Bridge Fund, Restaurant Bridge Fund, and the Retail Bridge Fund along with the Entertainment Bridge Fund providing support to eligible businesses for live music venues, concert halls, bars, nightclubs, billiard parlors, movie theaters, bowling alleys, private museums, skating rinks, theaters, arenas, and many performances and event venues, that have been cripple by COVID -19. Funding easily totals up around $500,000 in support. Great effort D.C.

“Our live entertainment venues were the first businesses impacted at the beginning of the pandemic, and likely will be the last back,” said Mayor Bowser. “These businesses, which are at the very heart of our local culture and sound, have made tremendous sacrifices to keep our residents safe. The Entertainment Bridge Fund aims to provide them with support to ensure they can make it to the other side when we can gather again safely.”

Steven Everette is a newsletter writer for the Business Opportunity Branch at a government agency. His small company’s name is the Business Concept Group that provides event planning services, and Computer Aided Design and Drafting (CADD) plans. He also is a bassist and sits on the Baltimore Jazz Alliance Board of Directors.

2 thoughts on “What’s Up With All That Jazz In Washington D.C?”