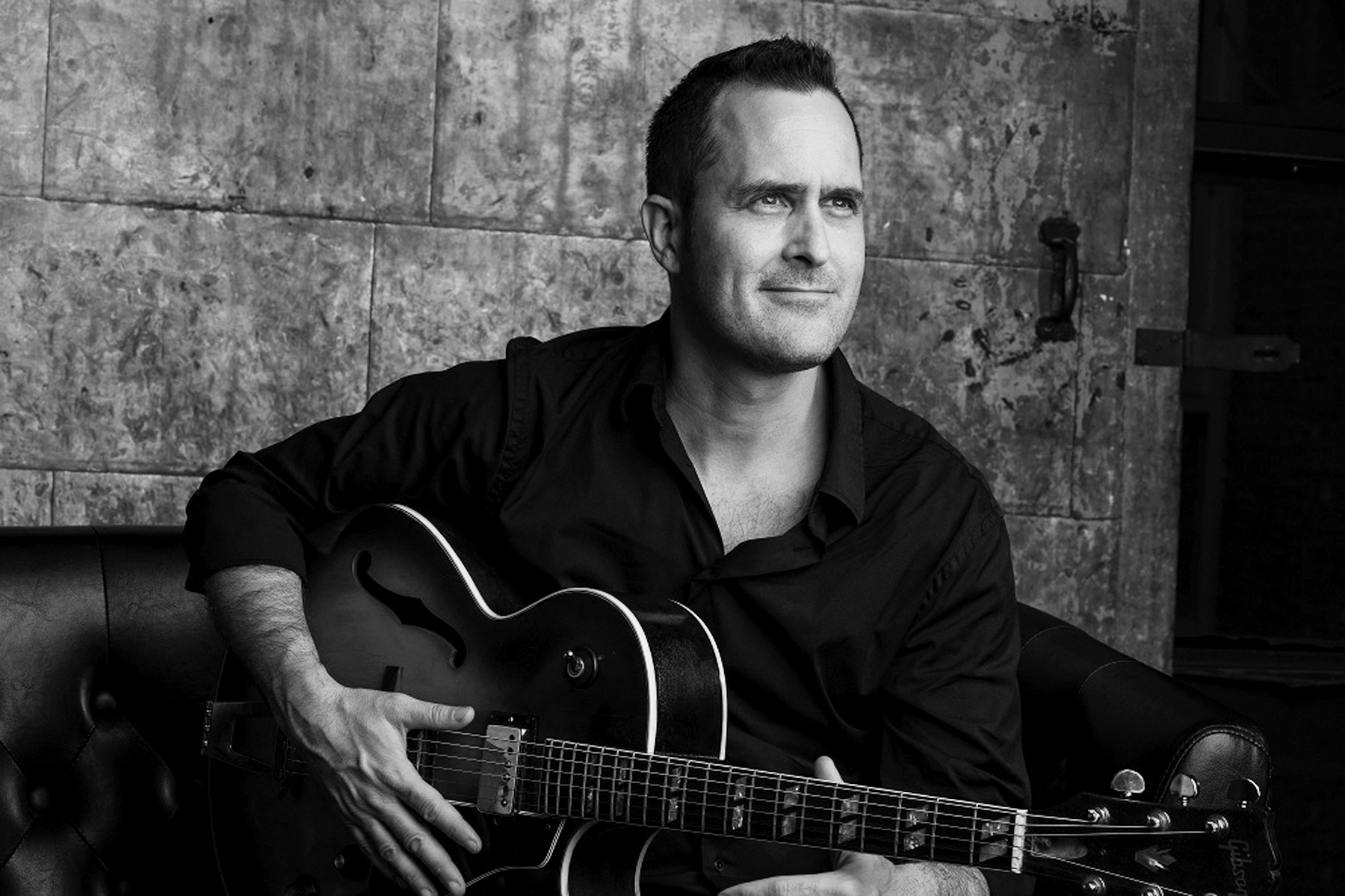 Kreisberg, a native of New York City, attended the University of Miami in the early ’90s. He has been a leader on ten albums and has worked as a sideman with Lonnie Smith, Lee Konitz, Joe Locke, Ari Hoenig, Stefano DiBattista, and Don Friedman. Kriesberg has appeared in Baltimore at An die Musik, the Creative Alliance and Baltimore Chamber Jazz Society.

Guitarist Bill Kalkman interviewed Kreisberg as he was preparing for a European tour.

BK: As I write this, I’m listening to your new album, Capturing Spirits. Can’t wait to hear it in person!

JK: Thanks so much Bill!

JK:  We will be playing mostly music from the new album, but also I think we will play a couple standards as well. I know that in Baltimore if you don’t swing a bit, they will run you out of that town! I like that!

BK: You will be bringing Martin Bejerano on piano, Matt Clohesy on bass, and Colin Stranahan on drums. How long have you been working with these guys? Tell us a little about each one.

JK:  Yes! Well, Martin I’ve actually known the longest, but we only started playing together a couple years ago. I first heard Martin when we both attended high school at New World School of the Arts in Miami. I heard him playing some amazing stuff as a young classical piano student. Then years later I saw a concert of the great Roy Haynes, and I thought, “Wait a minute! That’s Martin!” He had made the jump to the jazz world and was just slaying it. He has his own voice, and I really love what he brings to this band.

Colin has been in my band the longest, I guess around seven years or so. He always brings a great spirit and an organic approach to groove and orchestration.

Matt I have known for years, and I really like his earthy approach. He has great dexterity, but he also plays some of the most soulful melodies that I’ve heard on the bass!

BK: Your latest recording, Jonathan Kreisberg, Capturing Spirits–JKQ Live!, was released on November 15th, 2019. How long had you been working on the tunes before you were ready to record?

JK: We played most of them on the road for a year or so, and then that one night in Dusseldorf somebody recorded the gig . . . but only told me after! I think that’s why it turned out so great. We were in the moment of creation without worrying about the documentation aspect. I’m so happy with the feeling of that set!

BK: You’ve played with many great musicians. Who are some of your favorites?

JK:  Well, of course, there’s one that you guys know well, as I played there with him a few years back. The great Dr. Lonnie Smith is a great example of a musical free spirit, and it’s been so great playing with him all these years. I’ve also really enjoyed playing with the great Chris Potter from time to time. He has so much tradition and study under his belt, but then he can really free it up and explore. I also always look forward to my ongoing work with the amazing nylon string guitarist Nelson Veras. I hope we can get him a US visa someday so that we can tour the States and play the music from [the 2018 album] Kreisberg Meets Veras.

BK: Who haven’t you played with that you would like to?

JK:  There are so many great musicians, so that’s tough! But I’d love to play with Jack DeJohnette, Chick Corea, Bill Frisell, Keith Jarrett, Dave Holland, Charles Lloyd . . . so many more!

BK: You most often play with at least bass and drums. Have you done any solo guitar gigs? What is your preference for instrumentation?

JK:  Well, I do have a solo guitar on [my 2013] album ONE, which seems to have been received well by the guitar community. I did quite a few solo gigs around that time, but ultimately, I feel I would really have to go far if I wanted to pursue that further than I went on that album, possibly even stop playing with bands. It is such a different headspace when you go really deep into that zone. You can see why guys like Joe Pass, Tuck Address, and Ted Green just went 100% that way at some point.

Do you have any preference for where you like to play?

JK: Not really. It’s more a venue-to-venue issue. For me it’s all about the sound quality. If it’s a tiny club with great sound, I will prefer it to a large hall with horrible sound. But I guess most of my favorite situations are a larger hall with a great and intimate sound. Capturing Spirits was recorded in a room like that.

BK: By the time this interview is published, you will have played a number of dates in Europe. How different is it playing for audiences over there as opposed to here in the US?

JK: Jazz fans are pretty wonderful all over the world! I am probably biased, but I feel that in every geographical location, they are different from the norm. No matter where you go, they are the people that question things and look for meaning. I also feel like they tend to be more open minded and compassionate. We are lucky to travel the world and connect with these people!

BK: Do you have any new projects that you are working on?

JK:  Right now, new music for JKQ and “Kreisberg meets Veras” is keeping me pretty busy. I’m lucky to have these two projects that I enjoy so much.

JK:  Only to say that I’m really looking forward to playing Baltimore, a great city with a SERIOUS tradition of music. It’s an honor to have been invited, and I hope to see some old and new friends there in January!

BK: Thanks for taking the time to speak with us. We’re looking forward to your performance on January 26th.

Guitarist Bill Kalkman has been a mainstay in local rock, R & B and jazz bands for over fifty years. He currently plays with bassist Tom Hensler in the Spider Hole Jazz Band and with pianist Freddie Stevens. His interview with guitarist Dave Stryker appeared in our Spring, 2018 issue.