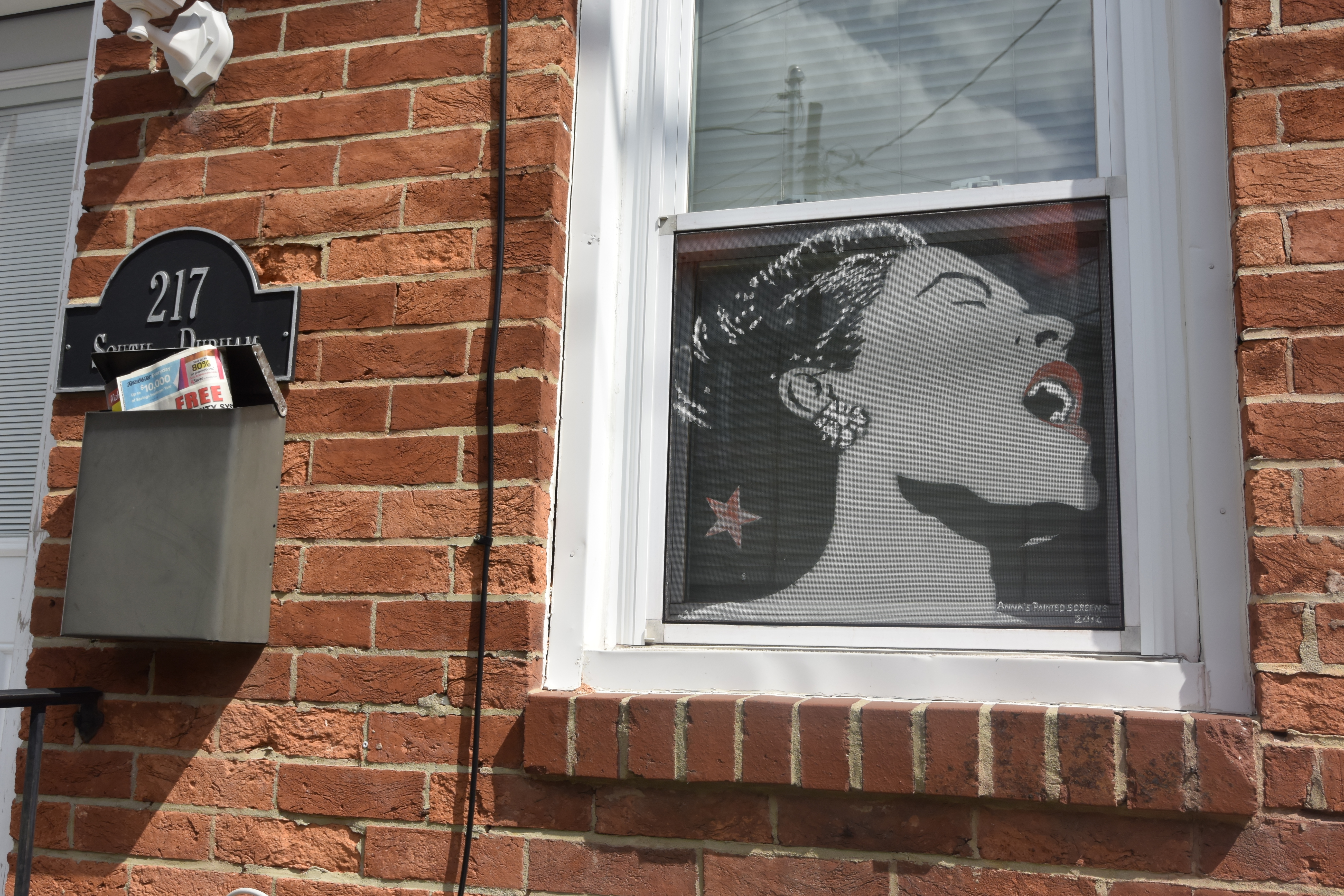 As we reported in the May 2014 issue of the BJA newsletter, on April 5, 2014, between 600 and 800 people turned out for the celebration of Billie Holiday sponsored by the Upper Fells Point Improvement Association. The community organization had secured a $30,000 grant from PNC Bank and spent the funds on art work celebrating the singer on the very block where she grew up, the 200 block of S.Durham Street, a few blocks east of Broadway, between Pratt and Gough Streets. Below are the painted murals, screen paintings and a ceramic-and-glass mural that were produced to celebrate the neighborhood’s famous former resident.

Durham is an alley street, too narrow for parking, so we suggest that if you drive there, park on Pratt or Gough and slowly walk the block where Billie Holiday spent her formative years. Meanwhile, here is an overview . . . . 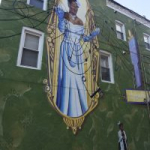 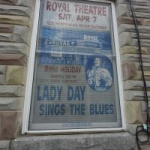 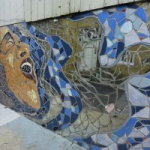 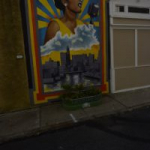 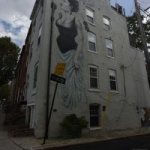 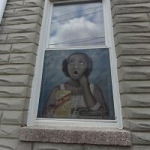 [All photos by Roland Dorsey – click for full view]

Photo 1 in the collection above is of the mural on the side of 1820 Gough Street, by world renowned  artist Michael W. Kirby, the first American to win the title of Master Street Painter in European street painting festivals.

Photo 2 shows the mural Billie Holiday Meets Her Fans by Bridget Cimino, a conservationist and decorative painter who received her BFA from Maryland Institute College of Art in 2004 (and also sings with the band Tongue in Cheek).

Photo 4 is of a screen painting by retired art instructor Monica Broere.

Photo 6 is of another mural depicting Billie Holiday, this time with the Baltimore skyline, by Bridget Cimino.

Photo 7 shows the mural at Pratt and Durham, Lady Sings the Blues, by James (Jamie) Eichelburger, who studied at the Schuler School of Fine Arts, in the Station North Arts District.

Photo 8 shows a screen painting from a photo of Billie Holiday near the end of her life.  The last photo shows her in childhood, singing and perhaps about to scrub marble steps. Both of these, as well as the screen painting at the top of this page, are by Anna Pasqualucci , a former biologist who serves on the board of the Painted Screen Society of Baltimore.

If you visit the 200 block of S. Durham Street, aside from the art work shown here, you will be able to see paintings of gardenias, the flower Billie Holiday usually wore during her performances, and a screen painting on the side of 1813 E. Pratt St. which reproduces a section of the Romare Bearden mosaic mural in the Upton Metro station.