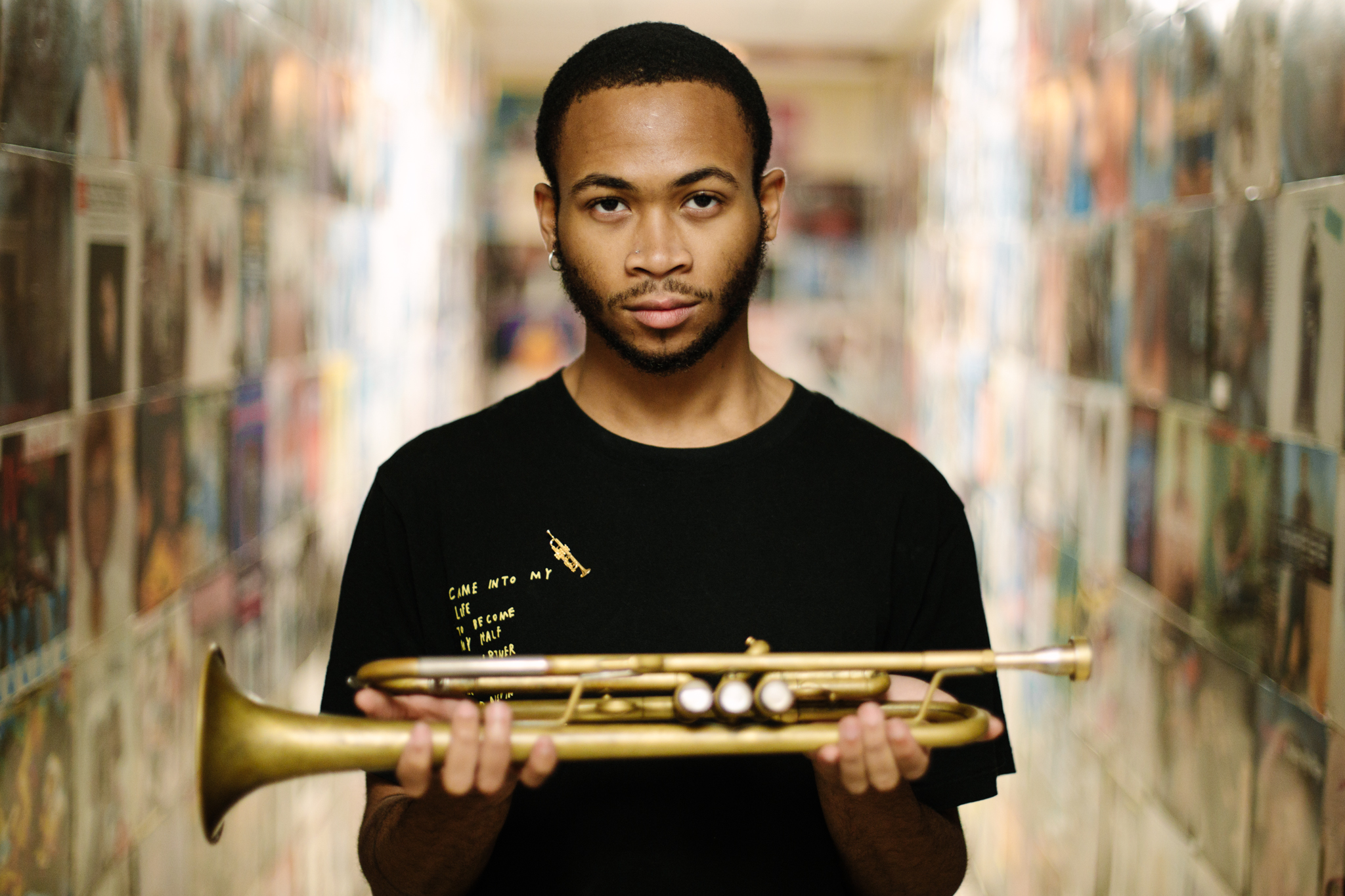 I first encountered trumpeter Brandon Woody, now aged 20, last August, when he led an open-mic jam session at the Motor House on North Avenue with his group, Upendo (Swahili for “love”). I then caught one of his monthly gigs at An die Musik on North Charles. At both performances, three things about the trumpeter impressed me.

One was his fiery, intense yet lyrical and fluid style. He reminded me of Freddie Hubbard, who once described his own playing as “very loose, elastic.” Woody played blazes of short, repeated, melodically complex riffs that grew in intensity, driven by the funky, pumping keyboard and drums behind him. But he also blew longer, sweet melodic lines reminiscent of Clifford Brown.

The second thing was the dynamic variation in Woody’s playing. There were soft, quiet interludes and dramatic crescendos. I’ve been to too many live-music events where the volume was painfully and relentlessly loud—and yes, I’m talking about jazz and not heavy metal.

The third quality that impressed me about this young, congenial brass man was his stage presence. There was an uninhibited joy, a sheer exuberance, about the music that you don’t often see with jazz players. Woody is no sullen, brooding type—and anything but wooden—when he’s up on stage. He’s a physical player, moving about the stage, his knees bending, upper body turning and twisting as he coaxes expressive lines and exquisite high notes out of his Bach Stradivarius trumpet.

Check out the YouTube video of tenor man George Adams playing “You Don’t Know What Love Is” at the 1989 Mt. Fuji Jazz Festival and you’ll see what I mean about physical horn players. Adams almost knocks over the mic stand at one point, a result of the intense emotion in his playing. Now and then Woody also emits a groan or grunt between phrases, a sudden and forceful “aah!” that escapes like soda shooting out of a shaken-up bottle when you open the cap. It may arise from exhilaration over a unique and beautiful line that just emanated from his horn, or from exasperation that he has not quite reached the summit of expression and technical dazzle that he was hearing from his inner muse—a feeling common among even the most accomplished players.

The expressive, animated trumpeter reacts audibly and visibly not only to his own playing, but to that of his stage mates as well, with broad smiles and appreciative shouts—“Yeah!!” He sways and bobs and grooves to the other musicians’ solos. He is gracious and warm on the bandstand, exuding a generosity of spirit as he interacts with and introduces his fellow players, even those who are clearly still apprentices, bravely cutting their teeth in jam sessions. The energy and excitement—and love, or “upendo”—that he generates seem to spill over to everyone in the venue.

Woody is quick to credit local jazz artists who have helped him develop as a musician and as a person. While still in elementary school, he attended a summer camp led by saxophonist Craig Alston at the Eubie Blake Cultural Center, on North Howard Street.

An alumnus of the Baltimore School for the Arts and Peabody Youth Orchestra, Woody built his chops partly through playing classical works, winning concerto competitions along the way. After stints at the Brubeck Institute and Manhattan School of Music, he returned to Baltimore last spring. He now has a monthly gig at An die Musik, and a CD of original music coming out this spring. On May 18th, he will be starting a monthly series at Eubie Blake.

Baltimore trumpeter Theljon Allen continues to be a key mentor for him, and while Woody’s talent and ambition are likely to propel him toward wider acclaim, he is enthusiastic about the musical opportunities that lie ahead for him right in Charm City.

“I grew up here, went through all these programs and schools here, and now I’m playing at some of the venues I’ve grown up at. Everything’s coming full circle.”