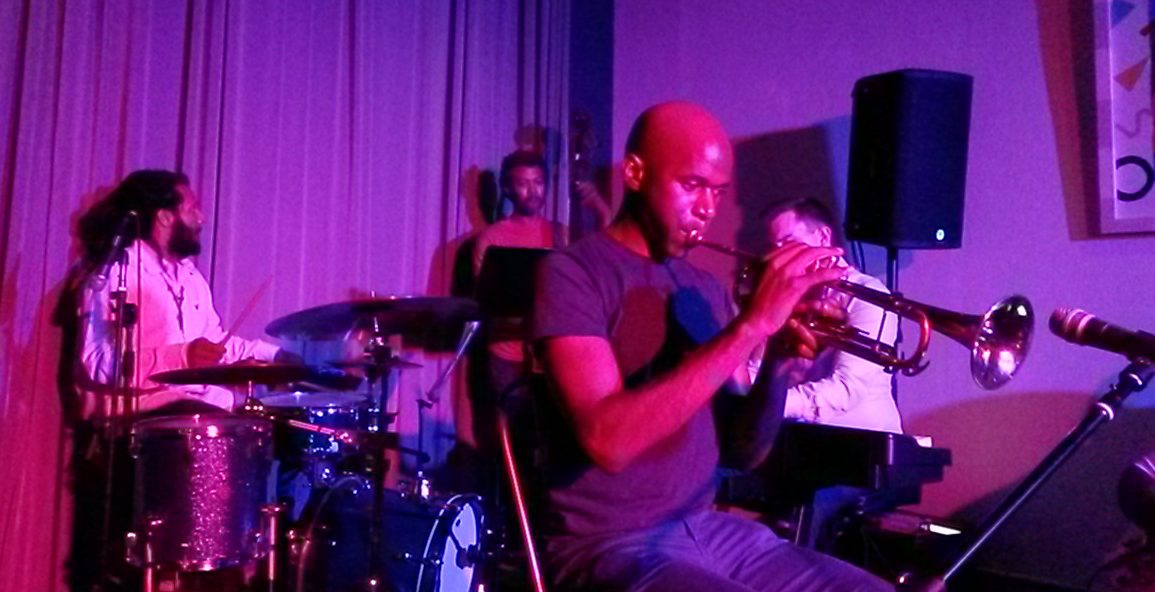 Last Tuesday (May 15) I headed down to the Motor House to catch Baltimore’s newest jam session, hosted by the Concord Jazz Project, and I was especially excited because not only do I like the spontaneity inherent in jam sessions, this one had a special twist – all the music they were playing was written by the participants. Now, in the spirit of full disclosure, I like to write the occasional jazz tune, and so I had forwarded a couple of charts and was anxious to hear them. But more than that, I just love the idea of new music being played not only by its creators, but also by an assortment of other musicians, each of whom might bring a new and special element to the composition. That’s jazz, right? Imagine if nobody had ever played Monk tunes besides Monk, or Ellington, or Miles. To me, it speaks to the essence of jazz – sharing, communicating, interpreting, re-interpreting, and exploring.

Now, I am realistic enough to know that it may be hard to play tunes that none, or almost none, of the band has ever heard, and there are many factors that could make things go haywire — inexperienced musicians, poorly written charts, overly difficult compositions, excess time spent figuring charts out, or just plain lousy songs. I felt pretty confident about the first part — with a house band consisting of Theljon Allen (trumpet), Thomas James (piano), Jeron White (bass), Iyoel Santiago (drums), and Yawn Jones (guitar), I figured they could make some pretty good music regardless of what was thrown at them. As for the charts, I figured it was a crapshoot, but certainly worth a try.

The other thing I thought could be an issue was, would it be only interesting to other composers, or at best, to other musicians? Audiences do tend to like to hear something they know, or at least to hear something that sounds well played, so if things did get a little messy, it might not be a great experience for some of them. But to my mind, the music sounded coherent, pleasant, and interesting throughout the night. The house band started out playing a few of its own members’ compositions; even those were new to some of the members, but they sounded like the excellent players they all are, and made great music on the spot. They then opened up the floor to both guest musicians and guest composers. The turnout wasn’t huge, but there were a handful of each, and so there was a good mix of sounds and styles. Some charts worked better than others, but there was very little downtime figuring things out, and every song they took on got a fair reading One song ended up being a bit more complicated than expected, and became more of a bed for improvisation than a form with a melody; but even in that case, the musicians kept their cool and played an enjoyable set of changes.

Overall, if the evening wasn’t perfect, it was certainly enjoyable, and really, when is a jam session ever perfect? I applaud this group for taking on the challenge of playing new music sight unseen, and to do their best to make good music come out of it, and even to welcome other players to take part in their experiment. To me that just embodies the mix of skill, risk, and communication that make jazz such a unique type of expression. On top of all that, the new bar/cafe at the Motor House (new to me, that is, as I hadn’t yet had a chance to visit) is a very nice, comfortably intimate room with a full bar, a variety of comfy seating arrangements, and easy street parking. The Concord Jazz Project is making this a regular monthly event (2nd Tuesdays of the month), and I fully expect to be present as often as I can.