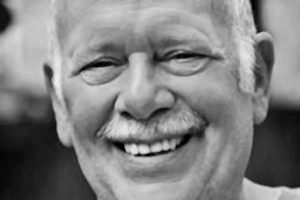 Most retirees who leave Baltimore head for warmer climes. BJA founder Barry Glassman, who recently shocked many with news of his impending move, is no exception. But Barry will not be moving to Florida or Arizona. At the end of April, Barry and his wife Dee will be moving to Cascais, Portugal!

When Barry arrived here in the 1990s from New York City, no one could tell him where to hear his beloved jazz and blues. He eventually found the music on his own and was struck by the enormous talent as well as the struggling venues. Always trying to find solutions to problems, as he had already done in his neighborhood, Butchers Hill, Barry created an online jazz calendar. Before long, jazz musicians and venue owners began posting their performances. In 2003, Barry convened a meeting of musicians, venue owners, writers, DJs and others to discuss the state of jazz in the Baltimore area. Many felt that Baltimore jazz needed an advocate. And so BJA was born.

Barry became our first treasurer, which also involved membership coordination. A board was created, Darryl Harper became our first president, Greater Baltimore Cultural Alliance helped us get organized, and the Eubie Blake Cultural Center became our meeting place and partner. Barry pushed for a monthly newsletter and eighteen months later we began publishing one. Over the next eight years Barry also organized a Business of Jazz symposium, featuring Willard Jenkins as the keynote speaker; developed a working relationship between BJA and WEAA-FM; initiated and produced “Saxophone Colossi,” an event that brought together two generations of great Baltimore sax players before a capacity crowd at the Creative Alliance; and played a big role in our third CD project, Left Bank ‘66, featuring his idol, saxophonist Mickey Fields.

A few years back, Barry retired from his job as a financial advisor to Baltimore County. In order to more fully enjoy his retirement, Barry left the BJA board and his post as treasurer but stayed on as webmaster; he continued to send e-blasts to members about jazz events and BJA discounts. In 2016 Barry’s frustration with Baltimore’s lack of a jazz festival reached a head. He initiated the Baltimore Jazz Fest, investing huge amounts of energy to transform it from an idea to a reality in just a few months.

The Baltimore jazz scene owes so much to Barry Glassman. We will miss his involvement, but wish him much happiness and fulfillment in his new life. –-Bob Jacobson

Amen to that—my experiences with Barry don’t go back that far, but especially over the past year of working with him to develop the Baltimore Jazz Fest, I’ve seen how dedicated he is to Baltimore and its jazz scene. Not that I didn’t already know. Like Barry, after I moved here, I didn’t know where to find the live jazz I wanted to hear, and I didn’t have a ton of time to go and seek it out, so I was lucky to have arrived right around the time Barry was putting the calendar online. I stumbled across it and started finding music to hear whenever I got the chance. That and the newsletter provided me with good updates about what was happening in the scene, and so I decided to join the BJA board to see how I could help. I worked with Barry then to take over some of the webmaster duties, eventually getting him off the hook so that he could enjoy his retirement.

But apparently that free time just gave him a boost to take on more obligations, because he decided it was time for Baltimore to have a jazz festival, and that BJA should be the organization to present it. We quickly agreed on the basic format of the event, and then he was off like a lightning bolt, arranging meetings, raising money, making connections, and booking acts.

Concerning both the Jazz Fest and the Baltimore Jazz Alliance in general, I think it’s fair to say that while there have been lots of people working hard to accomplish all we have accomplished, none of it would have gotten done without Barry’s efforts and vision. On top of all that, he’s a great personal supporter of live music, frequenting most of the jazz spots in town, and well known to almost all the musicians in town. He will indeed be missed in Baltimore, and I can’t wait to see what happens to the Cascais jazz scene once he arrives! –Ian Rashkin