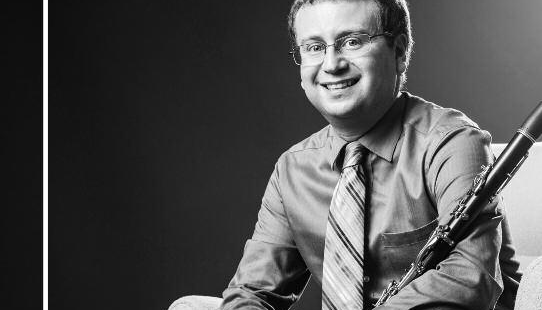 No Words: Instrumental Jazz and Klezmer

Seth Kibel, a winner of multiple Wammie (Washington Area Music Association) awards who was featured in the Artist Profile in last month’s newsletter, has released his ninth CD, titled No Words, on Azalea City Recordings. As the title suggests, all the tracks are instrumentals, and all Kibel’s. Kibel plays saxophone, clarinet, or flute with two different sets of sidemen: one group is Sami Arefin, guitar; Kevin Doran, guitar; Scott Giambusso, double bass; and Mark Carson, drums. The other is Sean Lane, piano; Bob Abbott, double bass; and Wes Crawford, drums. The twelve tracks illustrate what Seth said in his interview last month—that his music tends to mingle characteristics of three genres: swing jazz, Gypsy jazz, and klezmer.

“Gypsy jazz” originated in Paris in the 1930s with Romani guitarist Django Reinhardt and French violinist Stephane Grappelli. It combines a dark, chromatic Gypsy flavor with the swing feel of classic jazz. Guitar and violin are still the main solo instruments, although clarinet, mandolin, and accordion are also common. The rhythm uses a percussive technique called la pompe (the pump), which originally replaced the drums. It emphasizes beats two and four, a vital feature of swing. Much of the repertoire is in minor keys, which impart a dark, modal sound that contrasts with the up-tempo and spirited performance style. Slower ballads and duets may feature rubato tempos and exotic harmonies.

Klezmer originated with the Jews of eastern Europe and was influenced mostly by Romanian music, with other influences from eastern Europe and Asia Minor. Thus, it is akin to Gypsy jazz. In eastern Europe, it has traditionally been played at Jewish celebrations, especially weddings. Typical instruments are violin, cymbalom (hammered dulcimer), clarinet, accordion, trombone, trumpet, piano, and double bass. Most klezmer tunes have several sections, sometimes each in a different key, often alternating between major and minor keys. Klezmer music, like Gypsy jazz, frequently uses scales commonly found in folk music of the Middle East, such as the harmonic minor.

To illustrate how the album covers these three genres: Tracks #4, 7, and 9 fall mostly within the first category. “New Hat, Old Blues” (Track 4) is the most classically jazz: a slow, bluesy ballad with a sensuous, striptease-like saxophone melody. On “Daymare” (Track 8), Kibel’s tenor plays a melancholy melody in classic jazz-ballad style, with tasty comping by piano and bass and a sensitive piano solo by Sean Lane. “Buster’s Blues” (7) is an uptempo bebop-style swing tune based mostly on “rhythm changes”; however, the guitar comps with the la pompe style typical of Gypsy jazz. “GC Swing” (Track 9) is another jazzy swing tune at a lively tempo—but in a minor key, typical of klezmer. “Sethology,” (Track 1), a brisk swing tune, moves further into a blend of genres.

With “New Frailach” (Track 2), we are definitely into the klezmer mode, with Kibel playing clarinet on a spirited, high-energy, folk-dance tune in a minor key, driven by a strong “oom-pah” drum beat. Frailach, or Freylekhs (the Yiddish word for “festive” or “joyful”) is one of the most popular klezmer dances. It is a (3+3+2 = 8)/8 circle dance. Track 6, “New Khosidl,” is a slow klezmer piece also featuring clarinet. Khosidl, or khusidl, named after the Hasidic Jews who danced it, is a more dignified embellished dance in 2/4 or 4/4. The album ends with a slow, romantic klezmer waltz titled “New Waltz,” with Kibel on clarinet playing a wistful, beguiling melody mostly in a minor key.

“Gypsy Bird” (Track 5) is classic Gypsy jazz, with the clarinet giving a frolicsome feel punctuated by spicy drum riffs. The guitar and the bass jump in with jazz-like solos. “Back to School” (Track 10), with Kibel on flute, is a more laid-back Gypsy jazz number, with a guitar solo that sounds almost banjo-like, and a nice bass solo by Scott Giambusso.

Other tunes on the album have a Latin flavor, while still being grounded in the terrain of the three genres so far mentioned. “Whatever” (Track 3) is a medium tempo beguine (a slow rumba) that alternates between minor and major keys. The flute outlines melodies that would fit well over standard bossa nova tunes such as “How Insensitive.” “Bombogenesis” (track 11), with Kibel on flute, is a relaxed bossa nova.

The entire album proves why Seth Kibel, as a performer and composer, has won so many Wammie awards. On all tunes he brings a consummate musicianship and a wonderful esprit de joie. The new album can be purchased at CD Baby or Amazon.com.