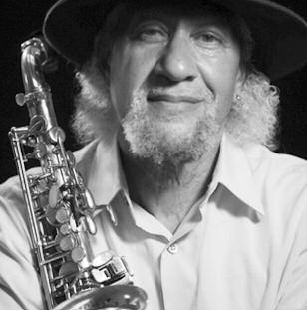 Grammy Award-winning saxophonist Gary Bartz is our BNY Mellon Jazz 2015 Living Legacy Award honoree. He will be presented with the Legacy Award at a special ceremony at The Kennedy Center this October. Previous honorees include Benny Golson, Dr. Billy Taylor, Oliver Lake, Jimmy Heath, and Kenny Barron, among others.

Established by Mid Atlantic Arts Foundation in 1994, the Living Legacy Jazz Award honors living American jazz masters who have contributed to the development and perpetuation of the jazz legacy in the mid-Atlantic region. The award recognizes distinguished performers who have made a special commitment to jazz education, and who have worked to impart their unique knowledge of the art of jazz to emerging artists.

Gary Bartz has been known to many as a trail blazer in the music business from the moment he started playing with Art Blakey at his father’s jazz club in his hometown of Baltimore, MD. Since then he has inspired listeners and other musicians for some fiftyseven years. As if his Grammy Award with McCoy Tyner in 2005 (Illuminations) wasn’t enough to carve out a place for Bartz in the jazz genre, he has broken the mold with more than 40 solo albums and over 200 as a guest artist.

← Todd Marcus’s Journey to Egypt Through Baltimore
Dr. Anthony Villa, BJA Thanks You! →