February 14, 2014 · by admin · in Uncategorized
With snow piled up everywhere, it’s hard to imagine that steamy July will ever come. But planning starts early for Artscape, July 18-20. If you have never been booked for Artscape and want to perform, applications may be submitted online up to 4pm, March 17th, with a $15 fee, and you must audition at “Sound Off Live!” | Read more>> 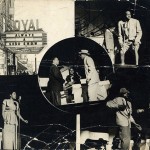 February 14, 2014 · by admin · in Uncategorized
Baltimore jazz fans have stepped forward to support a new documentary project about the history of jazz in Baltimore, “from the days of Billie Holiday and Pennsylvania Ave all the way through to the present.” The title is “Tell Me More –and Then Some.” | Read more>> 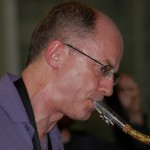 February 13, 2014 · by admin · in Features, Uncategorized
Ver la Luz Mark Osteen was one of ten jazz composers whose original work was performed at the Baltimore Jazz Composers Showcase on Sept. 29, 2013 at Loyola University. Mark said his tune “Ver la Luz” was designed as a conversation between the horns, continuing until they “see the light.” | Read more>> 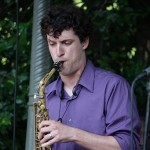 February 4, 2014 · by admin · in Uncategorized
Tim Andrulonis’s composition, “Let’s See” was one of ten original jazz compositions performed at the Baltimore Jazz Composers Showcase on Sept. 29, 2013. With its Latins rhythms, the piece evokes visions of bright colors in a lush, sunlight tropical garden, with a smooth and silky horn duo over the contained but forceful percussion groove. | Read more>> 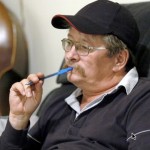