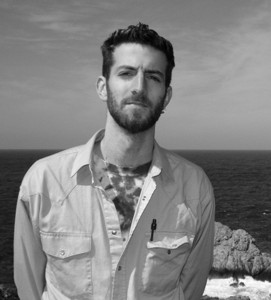 BJA board member Brad Gunson performs with many bands both as a leader and a sideman under a spectrum of circumstances. He graduated from Arundel High School, earned a Bachelor of Music degree in Jazz and Commercial Music Performance from Towson University, and a Masters in Jazz Studies from New York University. Gunson leads a rock/jazz/funk/electric/brass band called Gunson Roses that features his music and popular songs. His jazz group, The Beautiful Mess, plays at venues all over New York City. His large band, called The Big Gun Show, features Gunson in front of a full cast of talented players and featured guests performing his music and more popular songs with “grandiose arrangements.” He collaborates with musicians from the East Coast and abroad, and his compositions and arrangements have been played by many fine bands around the world. Gunson has made several recordings as a leader, co-leader and sideman.

Although best known as a trombone and guitar player, Gunson has been caught singing and playing music on many different instruments, regardless of style, age, race, categories, labels, genres, and the blurry lines that divide us all. He composes his own music; and as an arranger, Gunson says, “I like to ruin music by more popular artists.”

The fourth son of the eight children of a tradesman, Gunson has always had a love for the creative. Although he currently lives, performs and teaches in Maryland and New York, he has played with many talented people in the United States, Europe and the Middle East. He has taught guitar and trombone at New York University and throughout the mid-Atlantic at music stores, public and private schools, performing arts centers, and within his own studio.

During the past fifteen years, Gunson has had the opportunity to share, perform, learn, teach, record, and discuss music with a phenomenal number of people and bands—far too many to list here. Complete information may be found at www.bradgunson.com.

Brad Gunson’s article on “Swing” appears on page 6 of the July 2014 issue of the Baltimore Jazz Alliance newsletter.