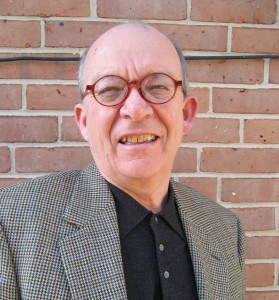 Bill Murray was one of ten Baltimore jazz composers whose original compositions were featured in the Baltimore Jazz Composers Showcase, Sept. 29, 2013 at Loyola University. Murray’s composition “P & C” began with a question: what would happen if you played two melodies against one another? What if two jazz musicians with distinct styles, such as Charlie Parker (“P”) and John Coltrane (“C”), played together?” Murray worked with rhythms and harmonies that each musician frequently used. In fact, Murray’s concept is somewhat akin to Osteen’s, in featuring a musical conversation. But Murray’s short tune opened with two instruments that were not so much conversing as just butting up against each other, not even trying to find common ground—and yet there was, in fact, a kind of quirky consonance in the conflict. Then each horn took the stage for a monologue, stating his case in his own style. They come together again in a call-and-response duo, still colliding against each other’s sharp edges, but less and less discordantly, until they reach a concord and end in a friendly harmony. – -Liz Fixsen