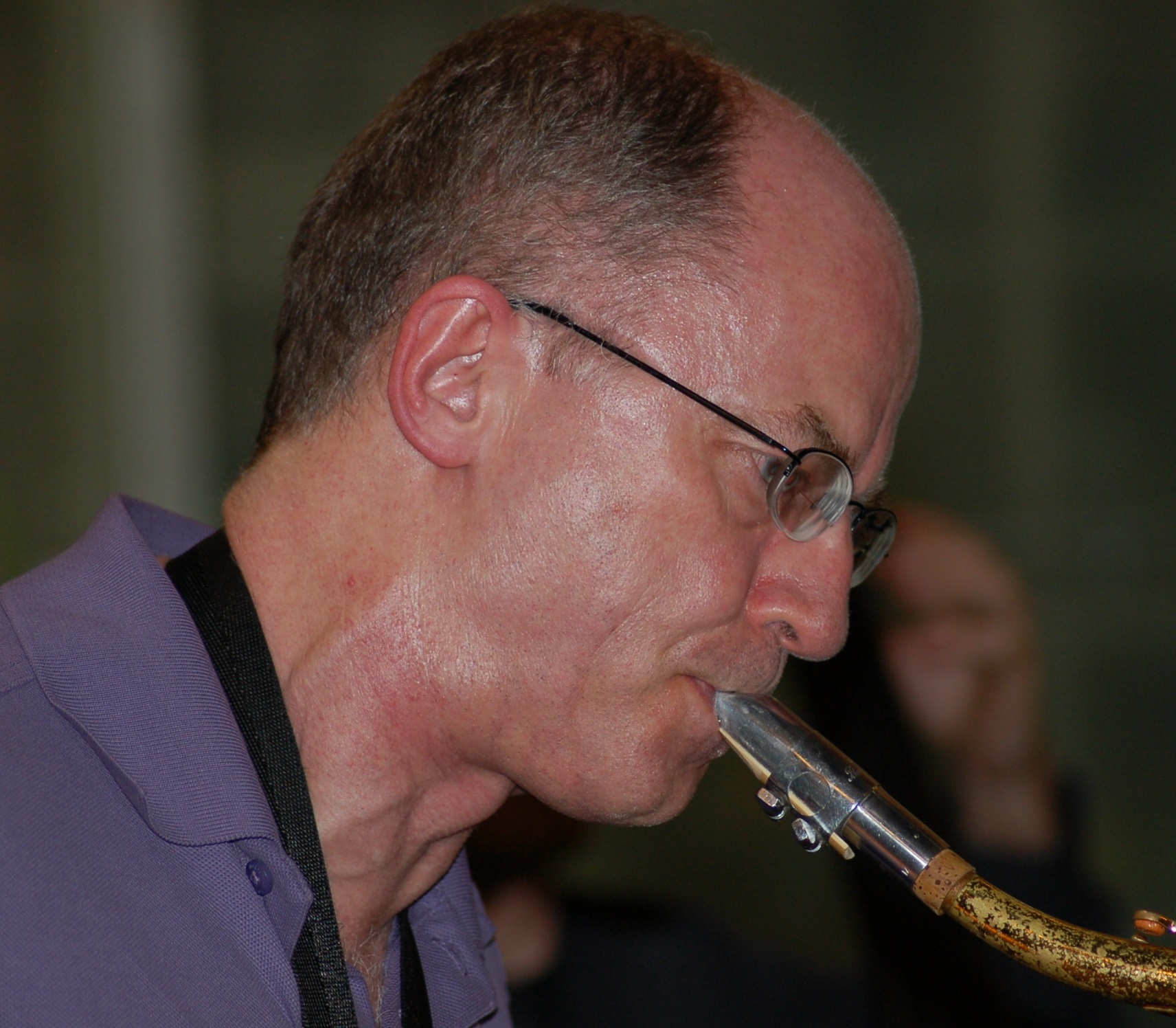 Mark Osteen was one of ten jazz composers whose original work was performed at the Baltimore Jazz Composers Showcase on Sept. 29, 2013 at Loyola University. Mark said his tune “Ver la Luz” was designed as a conversation between the horns, continuing until they “see the light.” His composition, he explained, was a contrafact; that is, a musical composition consisting of a new melody overlaid on a chord progression borrowed from another tune. Bebop musicians of the 1940s used this device to create new pieces for performance and recording without having to pay royalties to the original composer (melodies can be copyrighted, but not harmonic progressions). An example is “How High the Moon,” which became Charlie Parker’s “Ornithology.” Since the progression from the original tune was familiar, it was easy to improvise over it. Osteen’s tune is based on the Cole Porter classic “Night and Day” and takes advantage of its interesting use of half-diminished chords. The tune began with a horn duet over an Afro-Cuban groove. The horns then engaged in a musical conversation, trading every two measures, and then overlapping and playing in duet. After an engaging piano solo, the conversation between the horns resumed until they, and everyone listening, “saw the light.” — Liz Fixsen