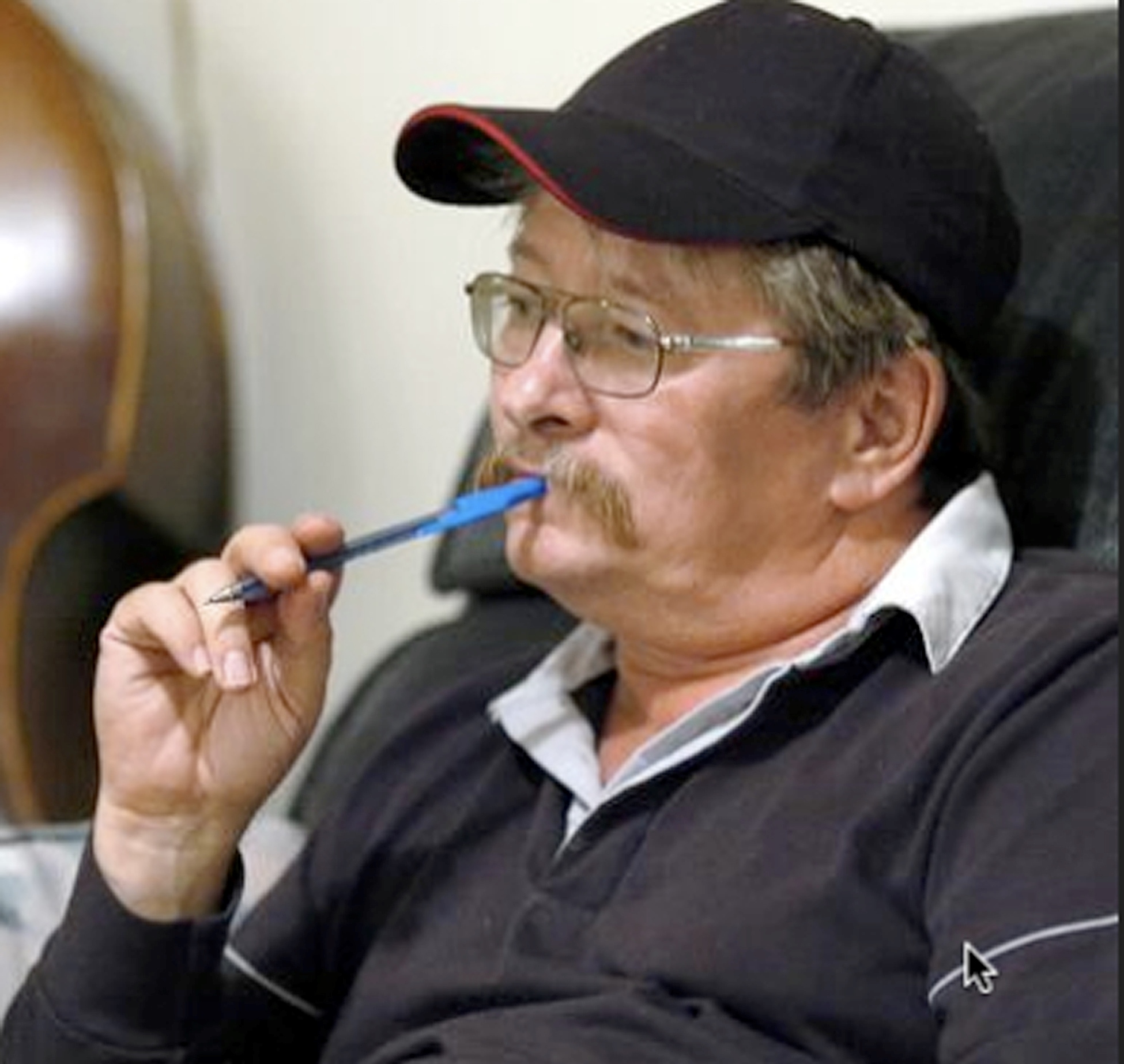 George Spicka was one of ten composers whose original compositions were played at the Baltimore Jazz Composers Showcase, Sept. 29, 2013, at Loyola University. George, who has a background in zoology, says that his tune “Step a Little Closer” is not about a love-sick swain’s proposition to the object of his affections, but about a spider’s invitation to its hoped-for prey—and its success in capturing the hapless victim. The tune began with an eerie meandering bass solo embellished with ethereal little piano trills. Then as the rhythm moved into a driving ¾ time, horns brought in a more urgent feel suggesting pursuit, while the drums and bass dug in with a rising intensity. Solos of whirling notes were backed by angular fourths voicings on piano until the final climax – of the piece – capture, and dinner! – by Liz Fixsen