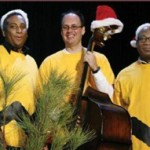 November 19, 2014 · by admin · in Uncategorized
All BJA Members and friends are invited to a “Meet-and-Greet” on Saturday Dec. 13, 2014, from 6pm to 7pm at the historic Eubie Blake Center, 847 N. Howard Street, Baltimore 21201 (2nd floor). Enjoy light snacks and beverages, mingle and get acquainted with other Baltimore jazz fans, and hear more about BJA mission and programs. | Read more>> 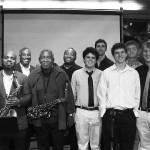 November 11, 2014 · by admin · in Uncategorized
[Photo credit: Leitha Jefferson] By Steve Monroe On that warm late summer afternoon, with sunlight splashing over the landscaped lawn outside the Ward Center for the Arts at St. Paul’s School in Brooklandville, the artistry of the Carl Grubbs Ensemble and special guest Jaleel Shaw perfectly matched the natural beauty of the rolling hills and lush trees surrounding the venue. | Read more>> 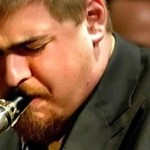 October 24, 2014 · by admin · in Uncategorized
TODD MARCUS BLUES FOR TAHRIR CD RELEASE CONCERT 2014 Baker Artist Award winner Todd Marcus will debut his new CD, Blues for Tahrir at An die Musik, 409 N. Charles Street. The Baltimore bass clarinetist and composer has presented his jazz for over 10 years and along the way received accolades including the $25,000 Baker prize, selections as a rising star by national jazz magazine Downbeat in its 2014 and 2013 annual critics poll, and an NPR pick for one of the top 10 albums of 2012. | Read more>> 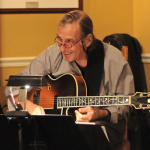 October 1, 2014 · by admin · in Uncategorized
By Liz Fixsen.. With the death of guitarist Paul Wingo on September 11, 2014, the jazz community of Baltimore and the entire Washington DC region has been mourning a musician who for over thirty years has been an institution at Bertha’s Pub in Fell’s Point. | Read more>>