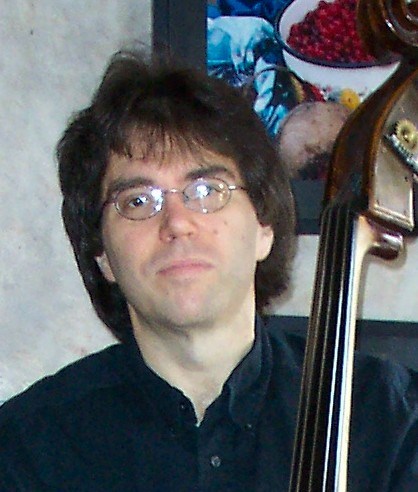 Phil Ravita‘s tune “Sepia” was commissioned by the BJA for the Baltimore Jazz Composers’ Showcase and performed by the showcase band at Loyola University on September 29, 2013. Phil says that the inspiration for the tune came to him while he was stuck in traffic downtown; he sang it into his cellphone. He says the tune reflects the many layers of things happening on a city street in a traffic jam – the road rage, the ennui, the frustration of the traffic cop – and the calm acceptance of some commuters with creative thoughts in their minds. Phil did not explain how he arrived at the title. However, “sepia” denotes a reddish-brown color, the color of an ink traditionally used in art sketching up through the 19th century. So perhaps we might imagine a sepia ink rendering of a cityscape with traffic. At the beginning of the tune, the bass set up a steady but easy little funk pulse like city traffic slowly pulsing through the streets, while the horns hinted at the sound of car horns and street calls. The drums and bass keep up the slinky groove through the blues-flavored solos. The tune winds down with everyone home safe and sound. — Liz Fixsen